As expected the euro moved toward the upside, reached our first target, came a third of the way toward our second target, then rapidly declined.

This type of rapid-fire oscillation, especially where each wave is fully contained within the preceding one, and even more so in the position of a B-wave, is highly indicative of a triangle formation.

Elliott Wave chart analysis for the EURUSD for 18th July 2019. Please click on the charts below to enlarge.

Blue wave 3 formed a zigzag labeled pink waves a, b and c.

Blue wave 4 also formed a zigzag labeled pink waves a, b and c.

Blue wave 5 is likely also forming a zigzag labeled pink waves a, b and c.

This count expects the euro to move toward the downside in blue wave 5 to complete black wave (1). This would be confirmed by moving below 1.1180.

Price should meet strong resistance around 1.1411. 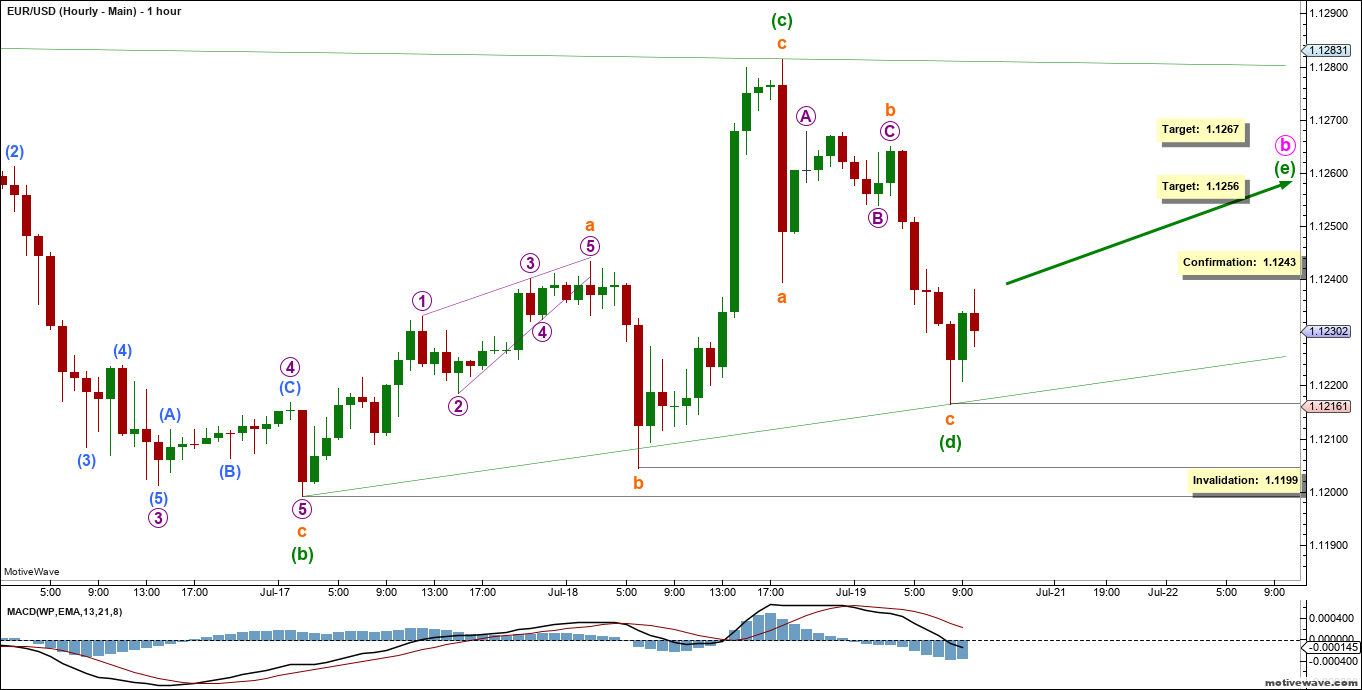 This main hourly count sees that pink wave b is forming a contracting triangle labeled green waves (a) through (e).

Green wave (d) formed a zigzag labeled orange waves a, b and c. It retraced exactly 78.6% of green wave (c) and reached nearly 78.6% the length of green wave (b), and it’s very likely complete.

This wave count expects the euro to move toward the upside in green wave (e) to complete pink wave b. This would be largely confirmed by movement above 1.1243.