In complete disregard to yesterday’s expectation, the euro suffered an impulsive decline that nearly wiped out all of its gain over the past week.

And yet, the fact that this decline still hasn’t managed to properly test the support at 1.1192 may be a clue that indicates that this decline may be merely the middle phase of a flat correction. Not only does this interpretation maintain the larger outlook of the main count and its targets, but it also explains several, otherwise problematic aspects of this entire movement.

Elliott Wave chart analysis for the EURUSD for 16th July 2019. Please click on the charts below to enlarge. 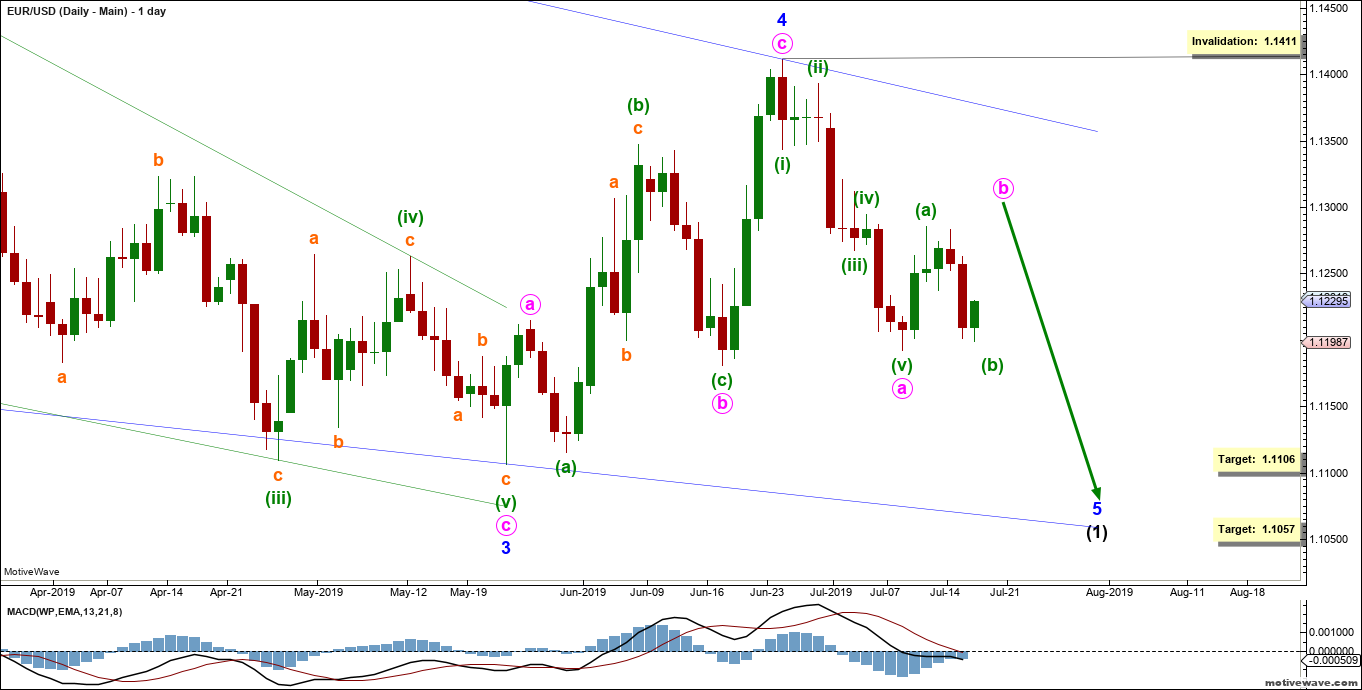 Blue wave 3 formed a zigzag labeled pink waves a, b and c.

Blue wave 4 also formed a zigzag labeled pink waves a, b and c.

Blue wave 5 is likely also forming a zigzag labeled pink waves a, b and c.

This count expects the euro to move toward the downside in blue wave 5 to complete black wave (1). This would be confirmed by moving below 1.1180.

Price should meet strong resistance around 1.1411. 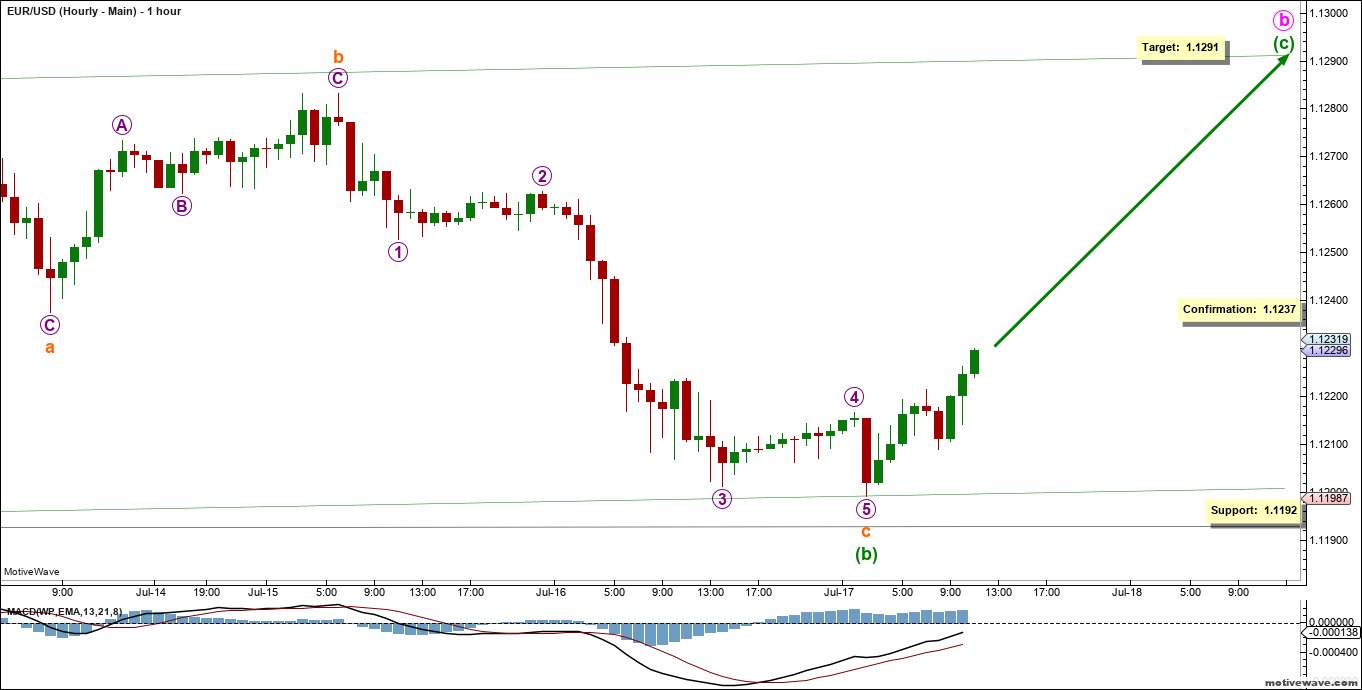 This main hourly count sees that pink wave b is forming a flat labeled green waves (a), (b) and (c).

Green wave (b) itself formed a flat labeled orange waves a, b and c. It retraced 90% of green wave (a), and it’s very likely complete.

This wave count expects the euro to move toward the upside in green wave (c) to complete pink wave b. This would be tentatively confirmed by movement above 1.1237.

This wave count should find strong support around 1.1192.