The euro nothing other than fluctuating within a very tight range of less than 40 pips, leaving our last analysis almost exactly the same.

Elliott Wave chart analysis for the EURUSD for 22nd February, 2019. Please click on the charts below to enlarge. 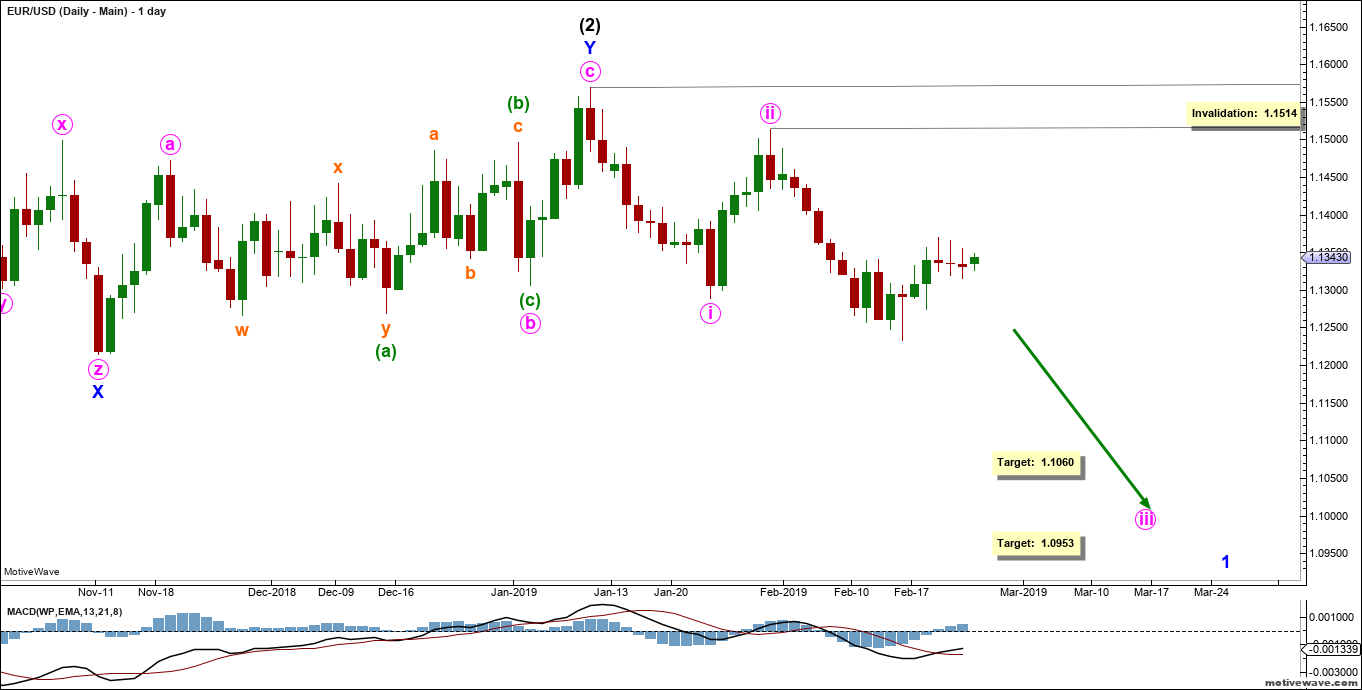 This count expects the euro to continue moving toward the downside in pink wave iii.

This wave count would be invalidated by movement above 1.1514. 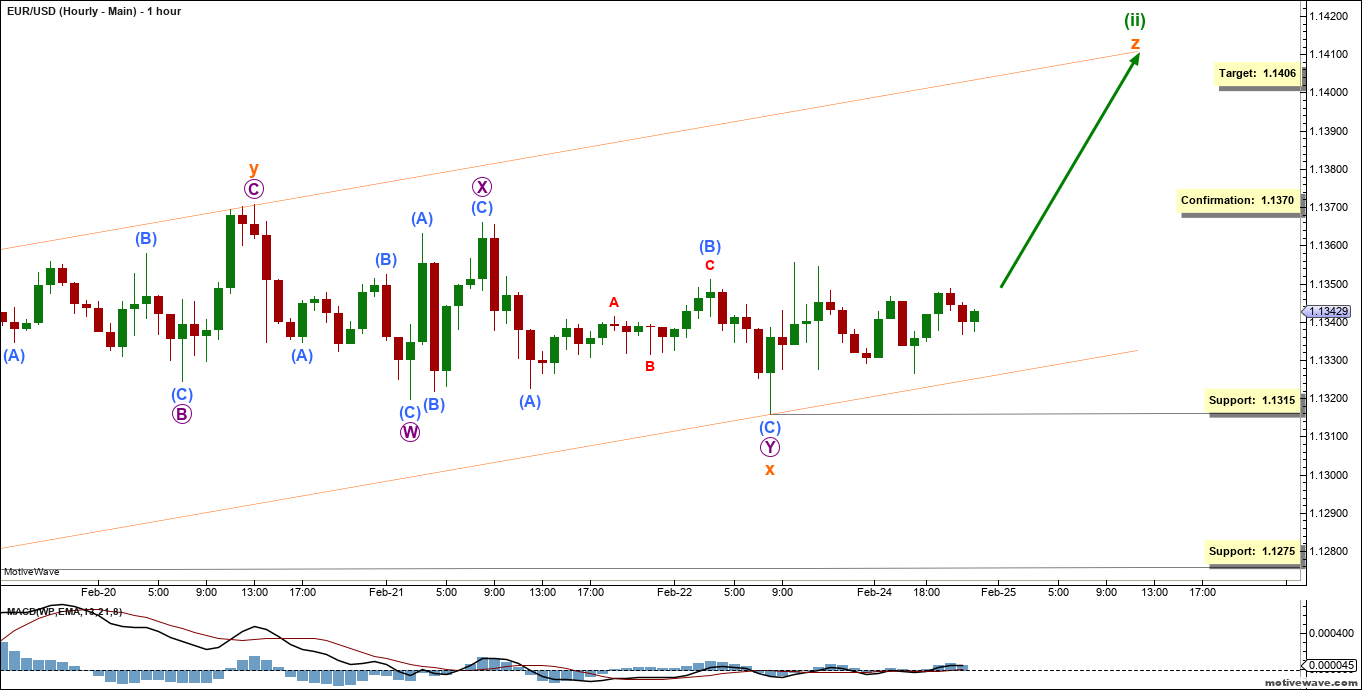 The second orange wave x retraced close to 61.8% of orange wave y, and it should be either complete or near completion.

This count expects the euro to continue moving toward the upside in orange wave z to complete green wave (ii). This would be confirmed by movement above 1.1370.

This wave count would be almost fully invalidated by movement below 1.1275.