As expected the euro has been moving generally toward the upside, and it has already reached and exceeded our first target.

It appears that price is still headed toward our second upward target as well. The labeling on the most recent price action is not set in stone, but it presents a very reasonable count that fits both the larger pattern as well as the general technical picture.

Elliott Wave chart analysis for the EURUSD for 21st February, 2019. Please click on the charts below to enlarge. 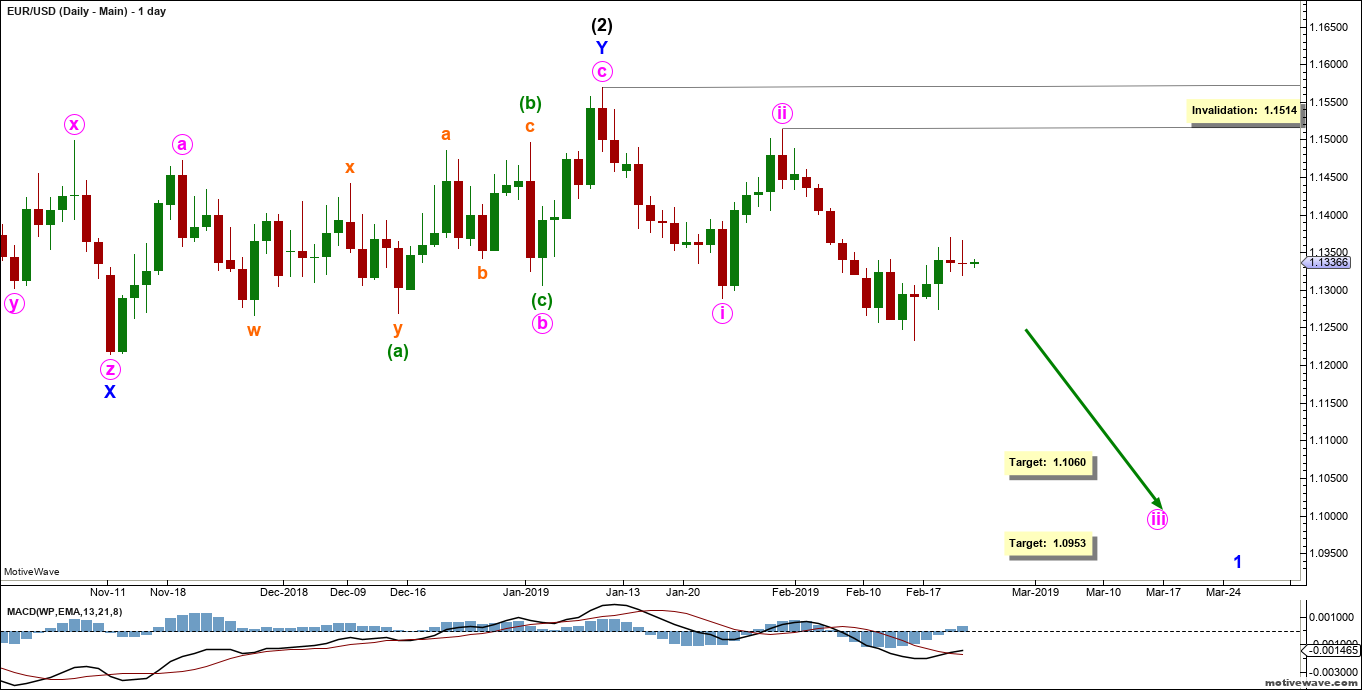 This count expects the euro to continue moving toward the downside in pink wave iii.

This wave count would be invalidated by movement above 1.1514.

The second orange wave x retraced about 38.2% of orange wave y, and it should be either complete or near completion.

This count expects the euro to continue moving toward the upside in orange wave z to complete green wave (ii). This would be confirmed by movement above 1.1370.

This wave count would be almost fully invalidated by movement below 1.1275.