As expected by the daily count, the euro moved quite decisively toward the upside, and it’s even reached and exceed the first target at 1.1396.

Elliott Wave chart analysis for the EURUSD for 25th January, 2019. Please click on the charts below to enlarge. 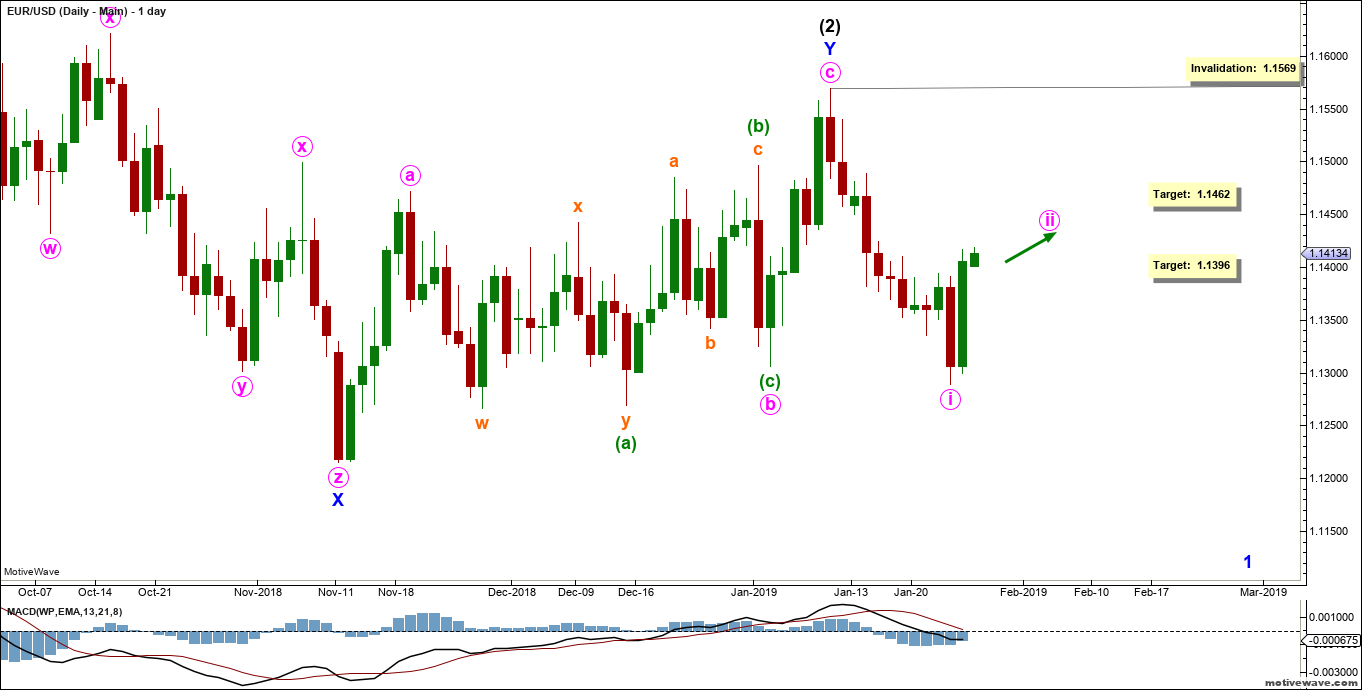 Pink wave i is complete.

This count expects the euro to move toward the upside in pink wave ii.

This wave count would be invalidated by movement above 1.1569 as pink wave ii may not move beyond the start of pink wave i. 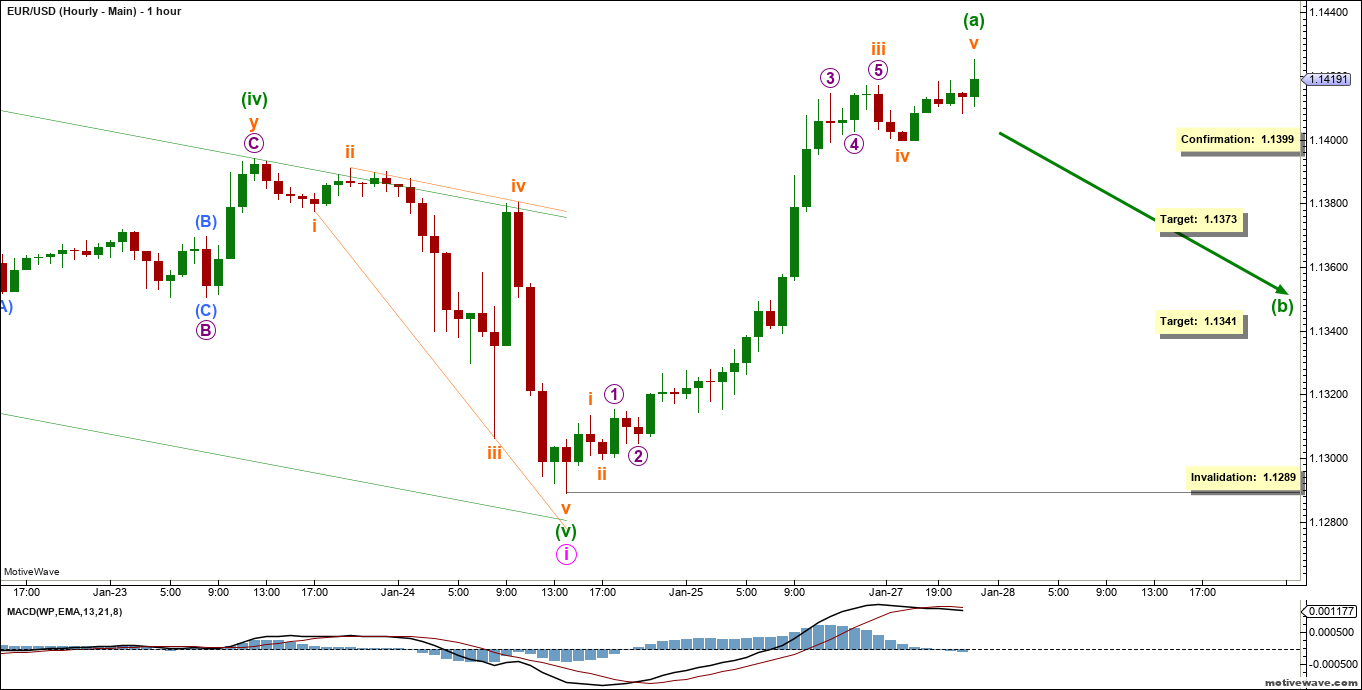 This main hourly count sees that pink wave ii is forming a zigzag labeled green waves (a), (b) and (c).

Green wave (a) has formed an impulse labeled orange waves i through v.

Orange wave iii formed a massive extension labeled violet waves 1 through 5. It reached comfortably above 423.6% the length of orange wave i.

This count expects the euro to start moving toward the downside in green wave (b). This would be somewhat confirmed by movement below 1.1399.

This wave count would be invalidated by movement below 1.1289 as green wave (b) of this zigzag may not move beyond the start of green wave (a).