As expected the euro moved toward the upside, reached our first target at 1.1390, and exceeded it by 11 pips. The market has been trying since then to retest that level.

The main count posits that the upward potential of this rally has become fairly limited, but the pattern is probably still incomplete, which means price is likely to attempt another, extremely modest push upward.

Elliott Wave chart analysis for the EURUSD for 29th November, 2018. Please click on the charts below to enlarge. 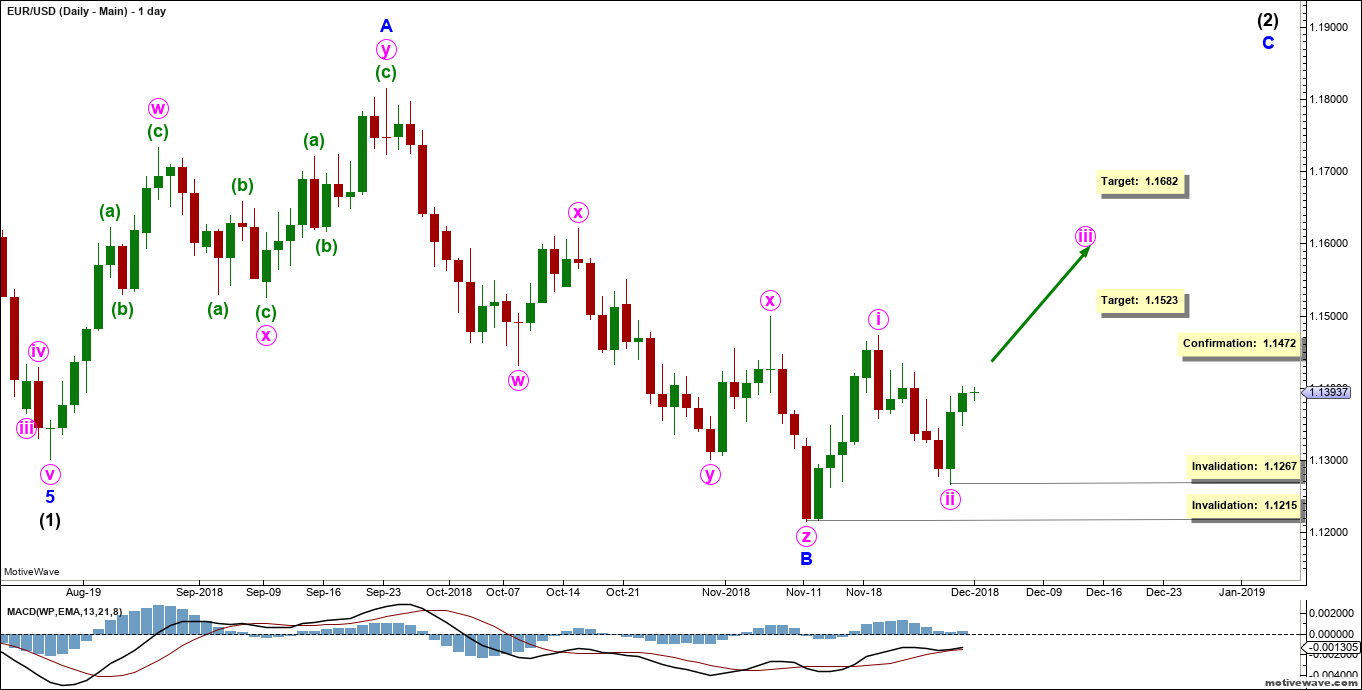 Black wave (2) is forming a flat labeled blue waves A, B and C.

This count expects the euro to move toward the upside in pink wave iii. This will be confirmed by movement above 1.1472.

This wave count would be invalidated by movement below 1.1215 as pink wave ii may not move beyond the start of pink wave i.

Once price moves above our confirmation point, we may raise the invalidation point to the end of pink wave ii, which currently stands at 1.1267. 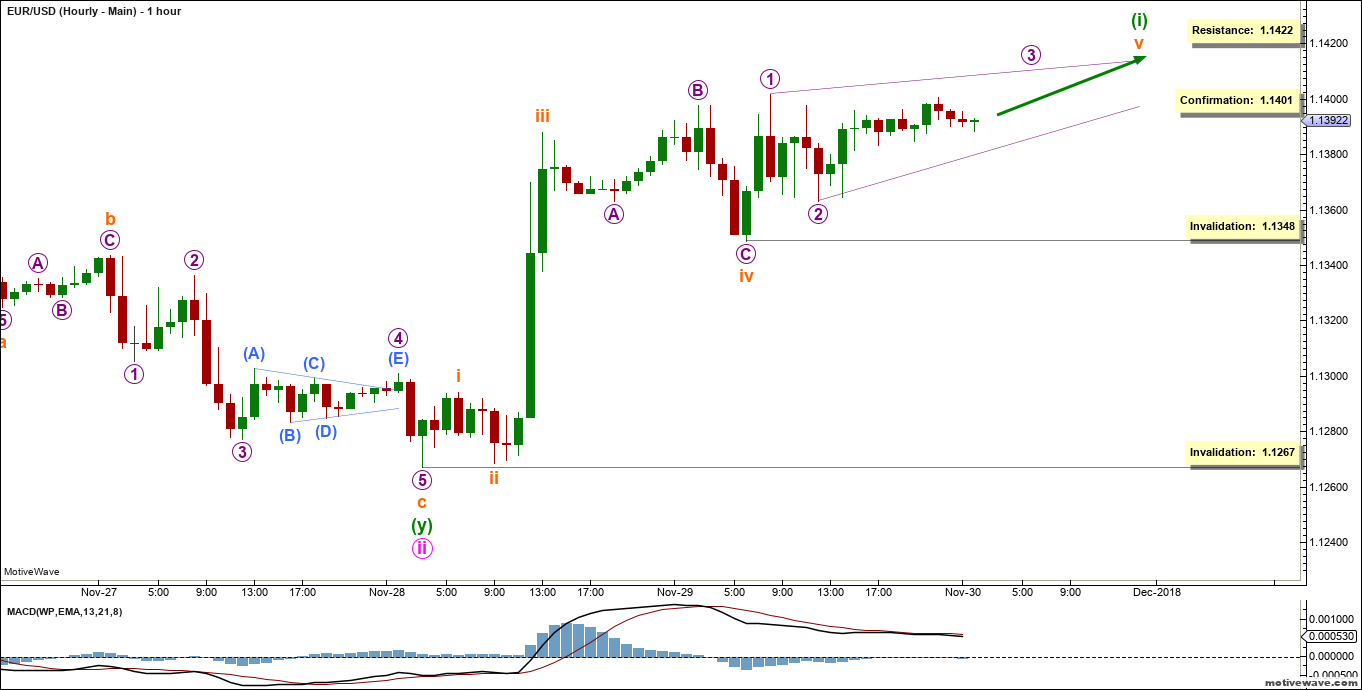 Green wave (i) is forming an impulse labeled orange waves i through v.

This count expects the euro to move toward the upside in orange wave v, to complete green wave (i). This would be confirmed by movement above 1.1401.

This wave count would be invalidated by movement below 1.1348 as violet wave 2 may not move beyond the start of violet wave 1.