Very little has changed throughout the day, which leaves our count from yesterday exactly the same.

Elliott Wave chart analysis for the EURUSD for 29th October, 2018. Please click on the charts below to enlarge. 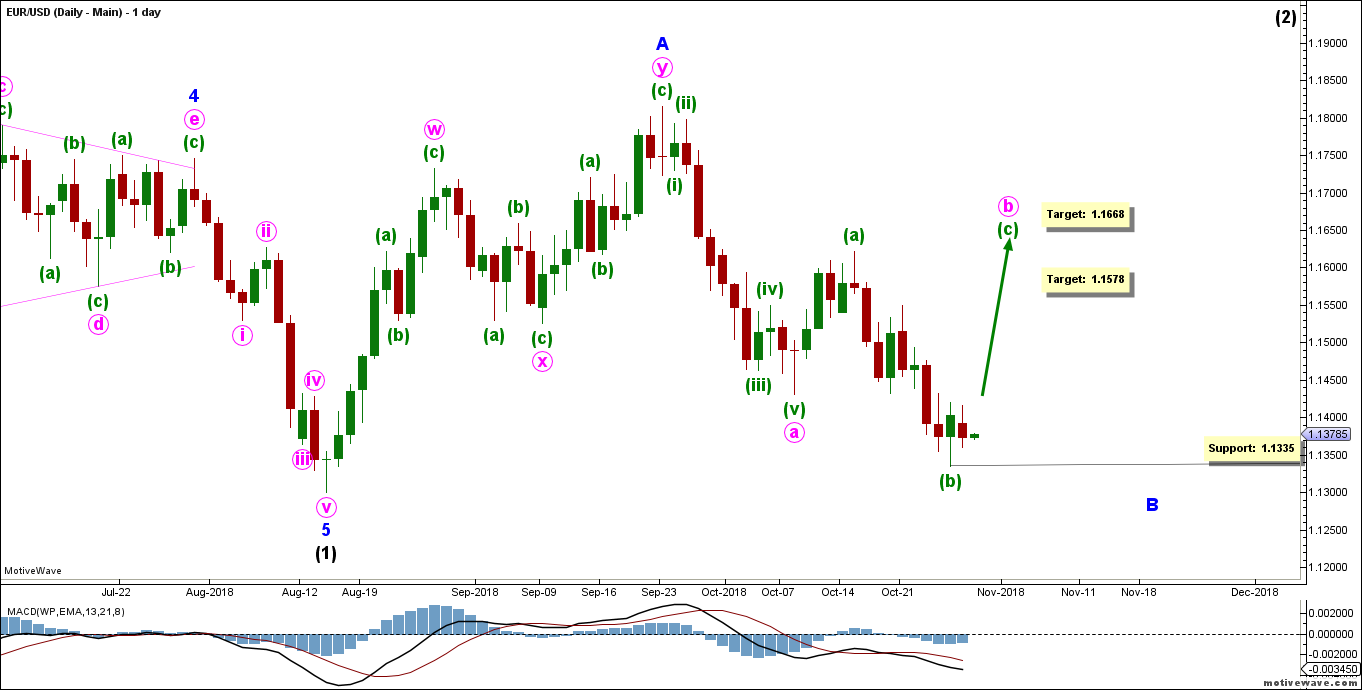 Black wave (2) is forming a flat labeled blue waves A, B and C.

Blue wave B is forming a zigzag labeled pink waves a, b and c.

Pink wave a formed an impulse labeled green waves (i) through (v).

Pink wave b is forming an expanded flat labeled green waves (a), (b) and (c).

This count expects the euro soon to be moving toward the upside in green wave (c) to complete pink wave b. 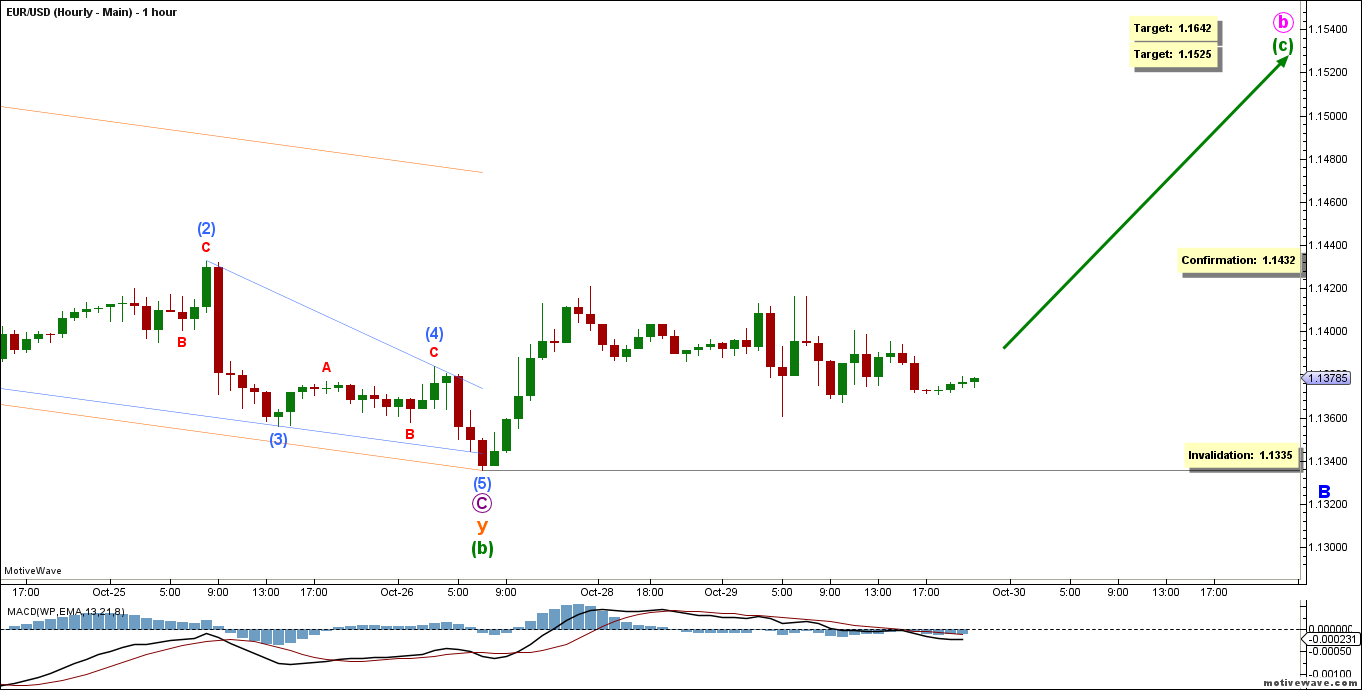 Orange wave y formed a zigzag labeled violet waves A, B and C. It reached over 100% the length of orange wave w.

Violet wave C formed an ending diagonal labeled aqua waves (1) through (5). It exceeded 100% the length of violet wave A.

This count expects the euro to start moving toward the upside in green wave (c) to complete pink wave b. This would be confirmed by movement above 1.1432.

This count is supported by the presence of a series of bullish divergence on the MACD.

Once the confirmation point is reached, this wave count is invalidated by movement above 1.1335.