Every new low the euro makes decreases the probabilities of the main count in favor of the alternate count.

Still, no confirmation/invalidation point has been reached yet, so I’m keeping both as they are for the time being. The only salient change now is that I’ve removed the initial confirmation point of the main count, since it’s no longer sufficient.

Elliott Wave chart analysis for the EURUSD for 21st February, 2018. Please click on the charts below to enlarge. 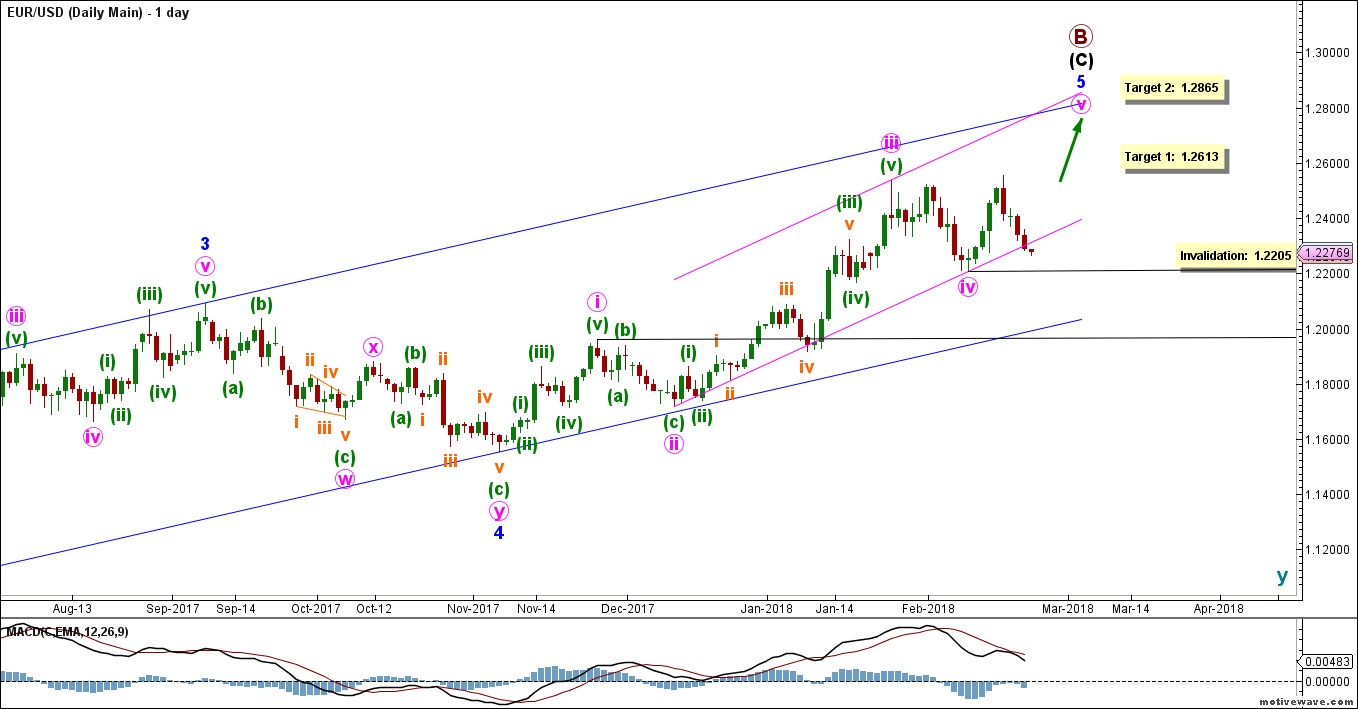 This main daily count sees that the euro is still moving upward in maroon wave B, which is forming an expanded flat labeled black waves (A), (B) and (C), where black wave (C) is forming an impulse labeled blue waves 1 through 5.

Blue wave 5 is forming an impulse labeled pink waves i through v.

This count expects the euro to start moving toward the upside in pink wave v to complete blue wave 5, and therefore black wave (C), and therefore maroon wave B.

This wave count is invalidated by movement below 1.2205.

This main hourly count sees that pink wave v is forming an impulse labeled green waves (i) through (v).

Green wave (i) formed an impulse labeled orange waves i through v.

Green wave (ii) likely formed a double zigzag labeled orange waves w, x and y. It retraced a bit over 78.6% of green wave (i), and it’s either complete or very near completion.

Orange wave y formed a zigzag labeled violet waves A, B and C.

Violet wave C reached exactly 100% the length of violet wave A, so it’s either complete or very near completion.

This count expects the euro soon to start moving toward the upside in green wave (iii). This will be confirmed by movement above 1.2555.

This wave count is invalidated by movement below 1.2205 as green wave (ii) may not move beyond the start of green wave (i). 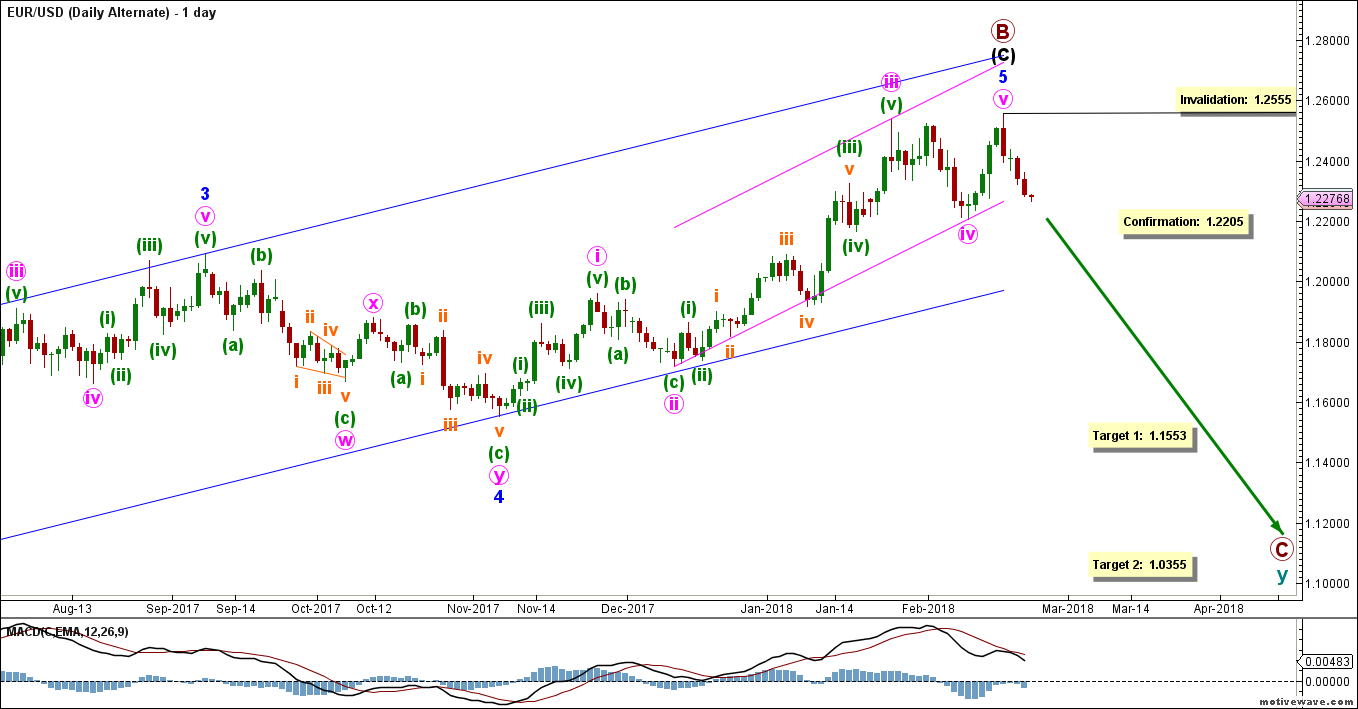 This alternate daily count sees that the euro completed maroon wave B.

This count expects the euro to be moving toward the downside in maroon wave C. This will be largely confirmed by movement below 1.2205.

This wave count is invalidated by movement above 1.2555.