After making a very slight new high, the market spent this last week moving downward. And just before it touched the previous low, it started moving again toward the upside.

This all fits nicely within our primary count from last week. But this decline seems a little too strong to be the fourth wave of the ending diagonal I originally assumed was unfolding. A better-fitting count is that a running/barrier triangle is unfolding in the fourth wave position of one larger degree.

On the other hand, this larger-degree fourth wave may very easily turn out to be a more complex correction, possibly a triple combination or some variation of a flat. There’s really no point in trying to cover every possible variation of the correction, so this week I’m going to focus on the one most likely count, but I’ll keep the invalidation point at a more lenient position to allow for the other possibilities. 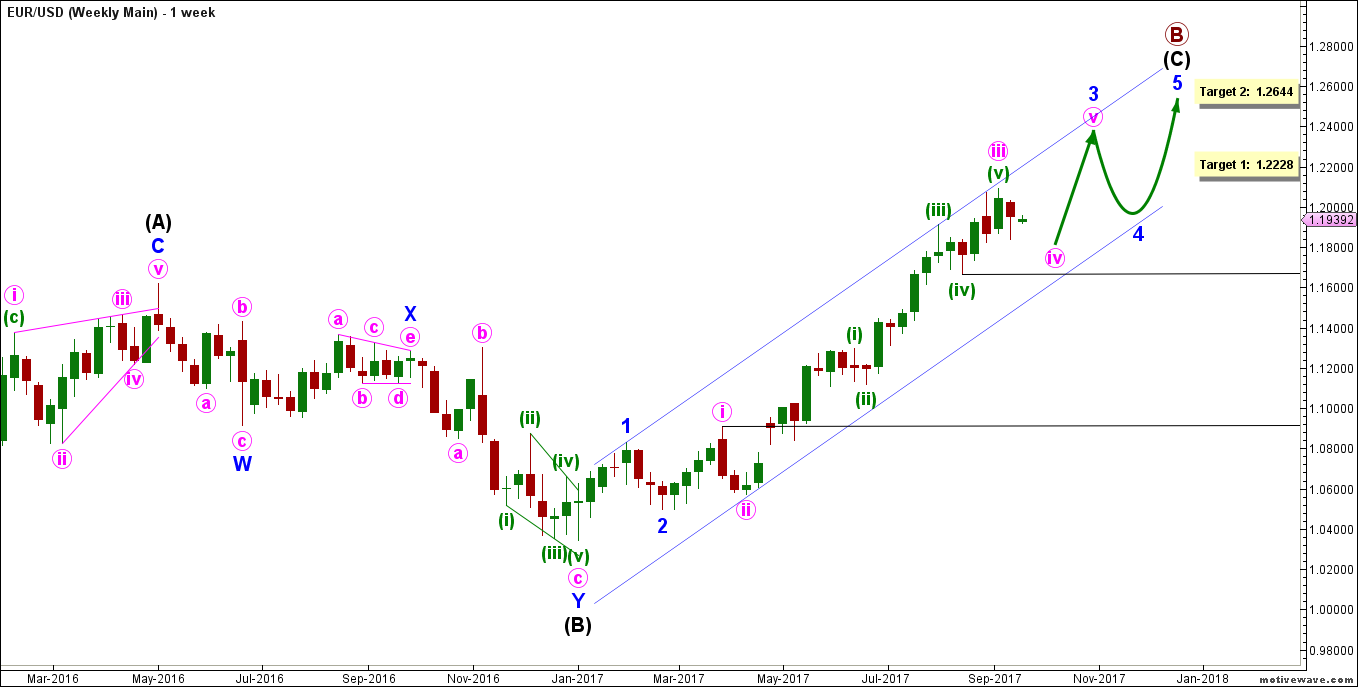 The bigger picture sees that the euro is moving toward the upside in maroon wave B, which is forming an expanded flat labeled black waves A, B and C.

If this triangle scenario is correct, then the market should find support at the low of green wave (c) at 1.1837.

This count expects the euro finally to continue moving toward the upside in pink wave v to complete blue wave 3.