As expected the euro moved towards the downside, reached both of our targets, and exceeded the second target by 13 pips.

Our main count still sees five waves within this recent decline, followed by a rally that exceeded the end of the fourth wave. Assuming our count is correct — and so far there’s no reason to assume otherwise — the previous decline is a completed first wave and the market now is forming a second wave correction.

Elliott Wave chart analysis for the EURUSD for 31st August, 2017. Please click on the charts below to enlarge. 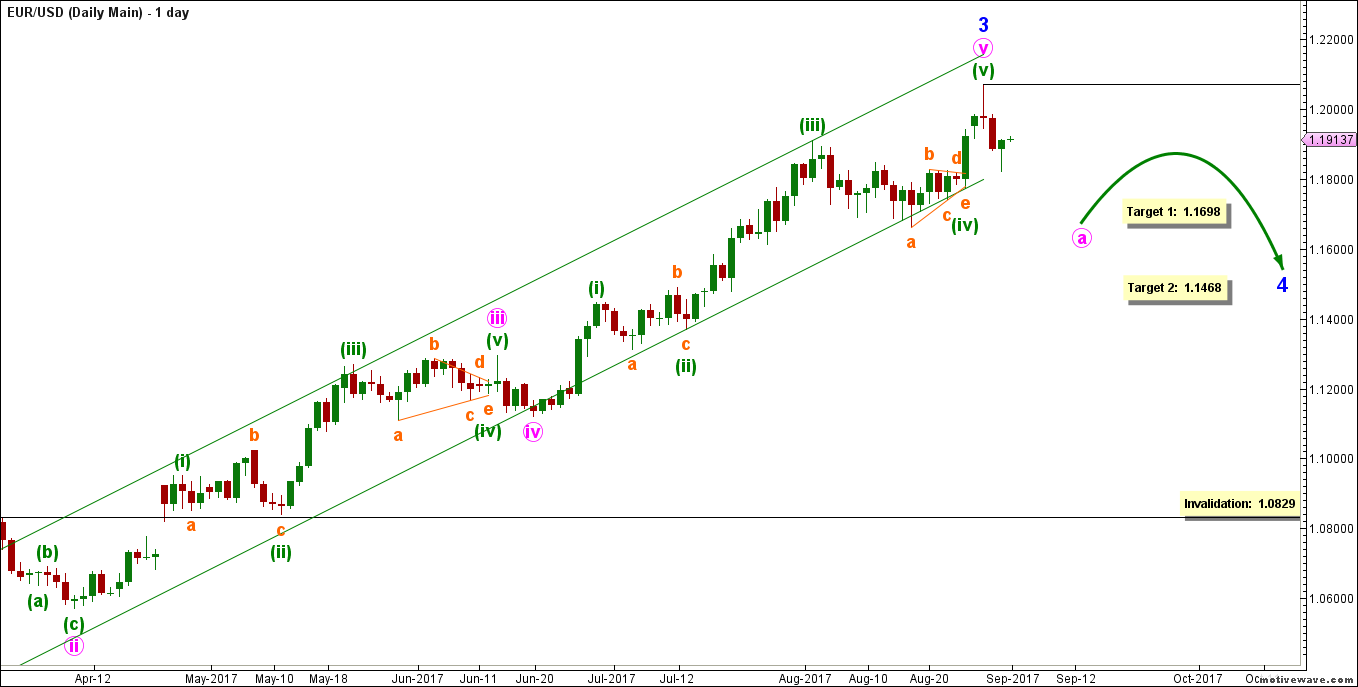 The bigger picture sees that the euro is moving sideways in maroon wave B, which is forming a flat labeled black waves (A), (B) and (C).

This count expects the euro to move largely towards the downside in blue wave 4, which may be forming a zigzag labeled pink waves a, b and c.

This main hourly count sees that pink wave a is likely forming an impulse labeled green waves (i) through (v).

Green wave (i) formed an impulse labeled orange waves i through v. It’s most likely complete.

Green wave (ii) is likely forming a zigzag labeled orange waves a, b and c. It has already retraced about 38.2% of green wave (i). There’s a minor chance that it’s already complete, but given how quickly it has formed relative to green wave (i), this possibility should be left as a last resort.

This count expects the euro to be moving generally towards the upside in green wave (ii).

This wave count is invalidated by movement above 1.2070 as green wave (ii) may not move beyond the start of green wave (i).