On Monday`s session, Cable unfolded in a tight range leaving both counts valid as Cable is yet to reach either counts confirmation point. We are updating both main and alternate counts according to the latest price action and the main count expects Cable to continue unfolding downwards to complete the corrective structure we have been tracking. The alternate count expects Cable to reverse directions and unfold upwards as it expects that downwards correction is mature. As always, we will wait for either count`s confirmation to be reached to determine the highly probable count. Read More

In the many days following the Brexit hysteria, the market has done nothing but moving sideways in a converging consolidation.

Price kept far away from the invalidation points of both of our counts, and it has also kept its distance from all of our confirmation or target points. Nonetheless, several factors lead us to believe it’s now time to make some changes to our long- and medium-term perspectives. 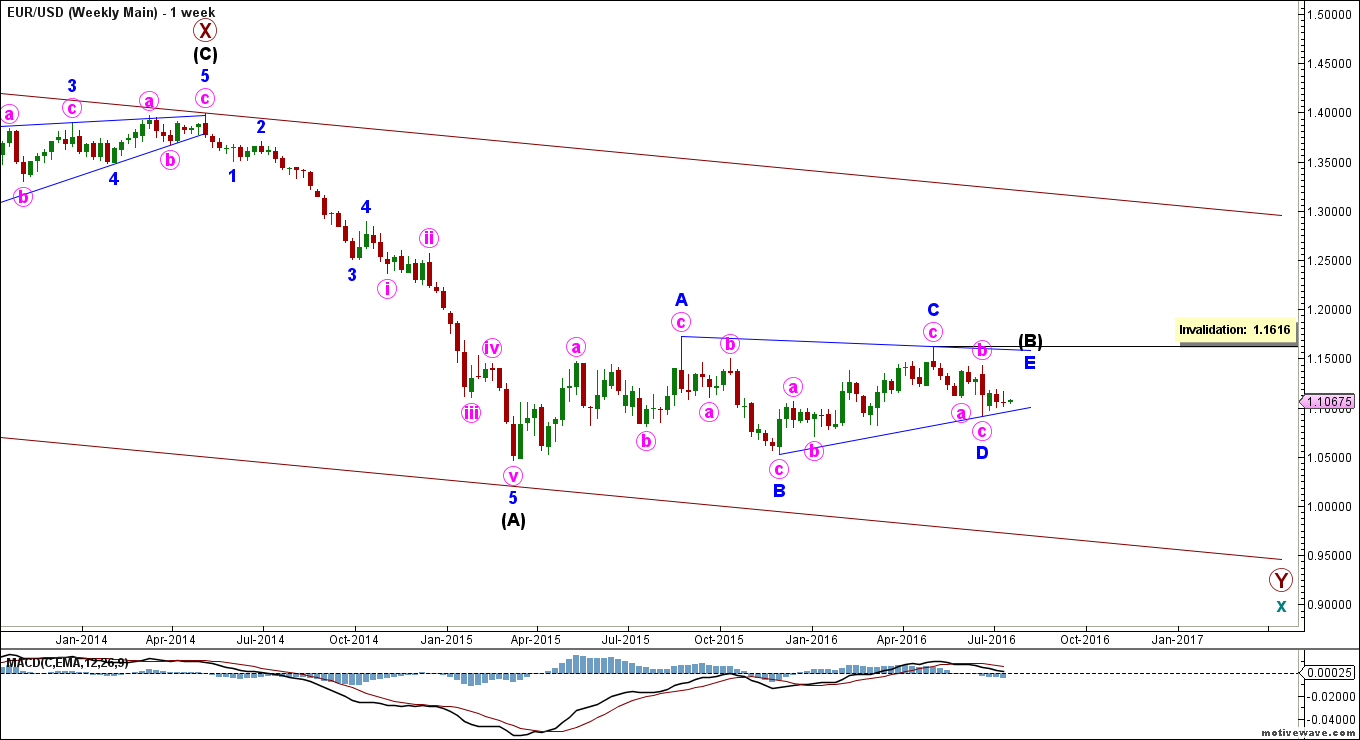 Black wave (B) is forming a contracting triangle labeled blue waves A through E. 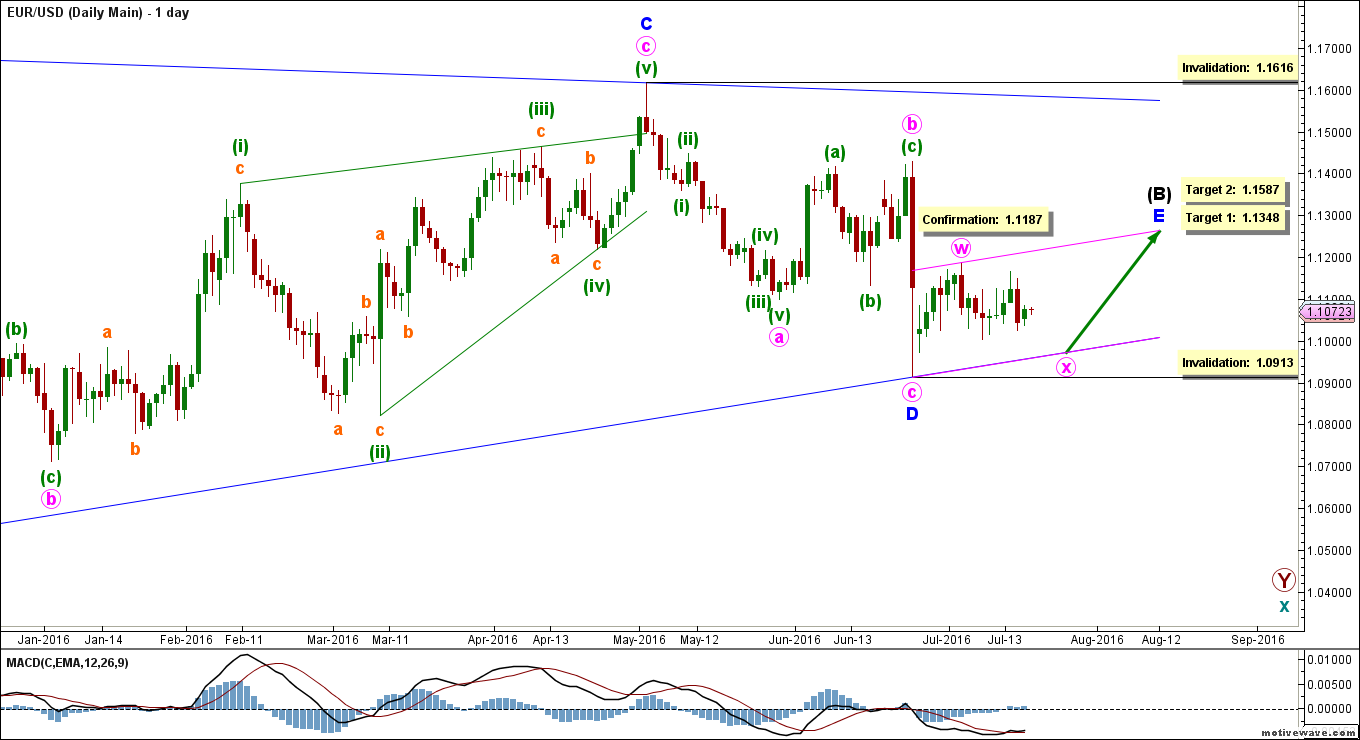 Within black wave (B), blue wave D formed a zigzag labeled pink waves a, b and c, retracing 61.8% of blue wave C and reaching 61.8% the length of blue wave B.

This count expects the euro to move either sideways or towards the upside in blue wave E to complete black wave (B). This will be confirmed by movement above 1.1187.