It’s been a fairly uneventful week since our last weekly analysis (which you can click here to review), leaving our counts almost exactly the same as they were.

If you’ve been following our premium daily analysis, you’re well aware of how complex and convoluted the market movement has been throughout that period. This is all quite typical for such a sideways correction, but it does take its toll on your nerves.

The good news is that, according to our latest revision, we’re now in the final stage of this year-long correction. We’re anticipating one more corrective rally over the coming 4-6 weeks, which is more than enough time for us to prepare for an explosive decline afterwards.

Black wave (B) is forming a flat labeled blue waves A, B and C.

Note that we previously thought that black wave (B) was actually forming a triangle, which is still a possibility covered by our alternate count. However, since the momentum of blue wave C is already higher than it was at the end of blue wave A, this shifts the probability in favor of our new main count.

Blue wave B retraced exactly 95% of blue wave A, fulfilling all the requirements of a flat correction. 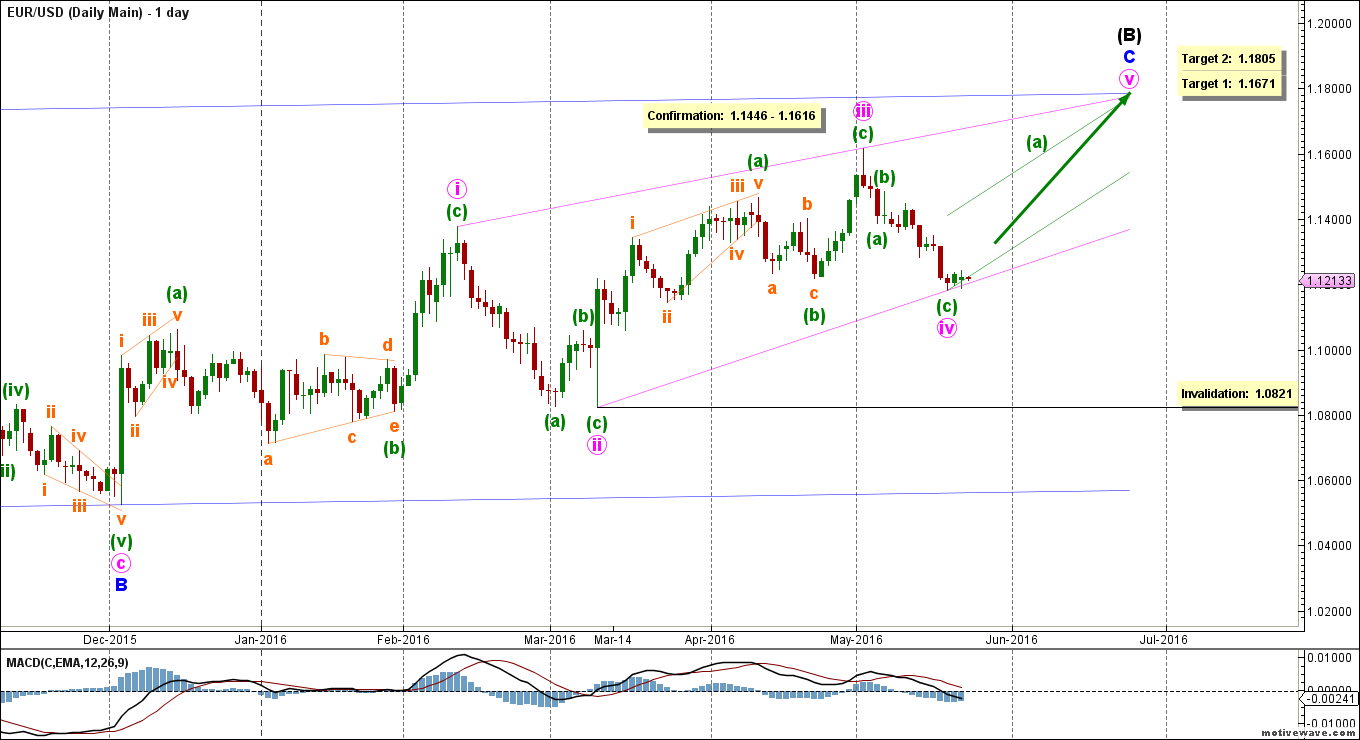 This main count sees that blue wave C is forming an ending diagonal labeled pink waves i through v, each forming a zigzag labeled green waves (a), (b) and (c).

Pink wave iv has reached 78.6% the length of pink wave ii, so it’s either complete or very near completion.

This count expects the euro soon to move towards the upside in pink wave v to complete blue wave C, and therefore black wave (B). This will be initially confirmed by movement above 1.1446, with final confirmation above 1.1616.

The MACD indicator is showing a series of bearish divergences, which is not very surprising in a diagonal.

This wave count is invalidated by movement below 1.0821 as pink wave iv may not move beyond the start of pink wave iii. 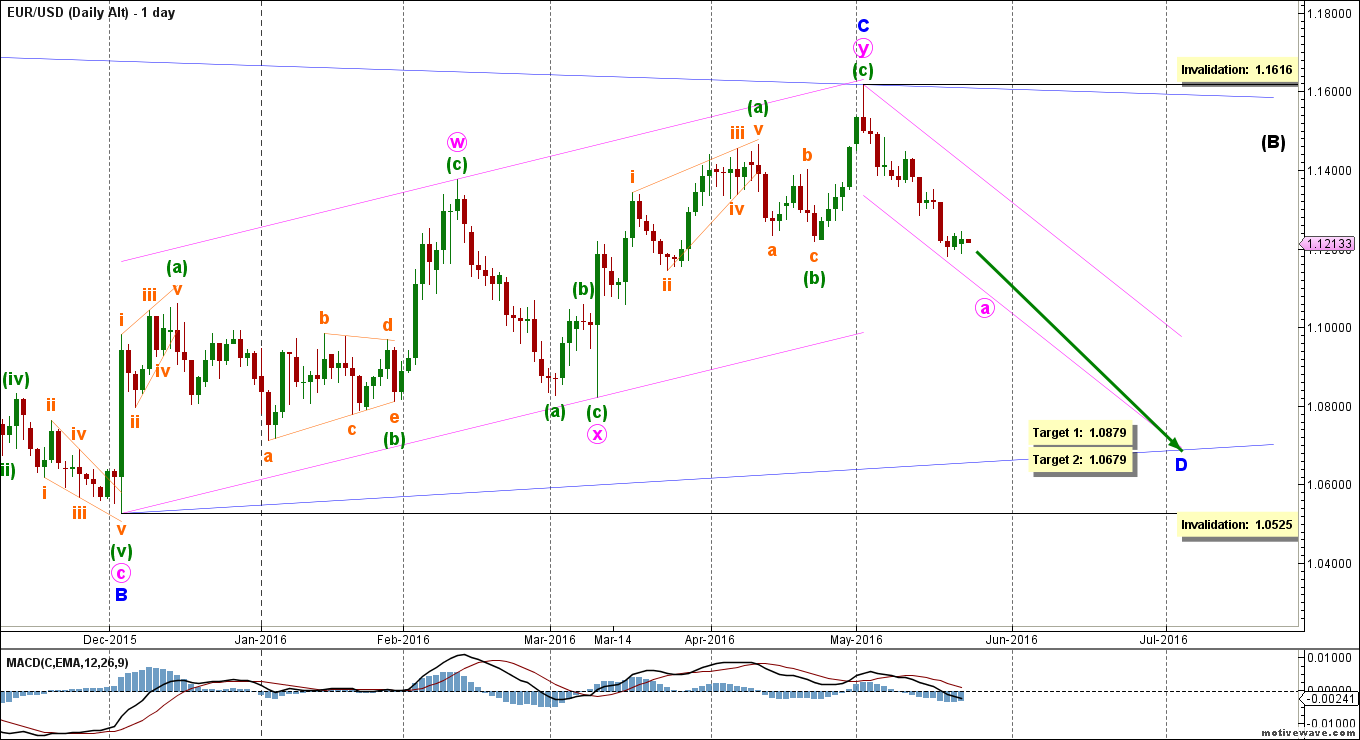 This alternate daily count sees that black wave (B) is forming a contracting triangle labeled blue waves A through E.

This count expects the euro to move towards the downside in blue wave D, which is most likely forming a zigzag labeled pink waves a, b and c.