As expected the euro started the day by moving briefly towards the downside, reaching our first target, and then immediately rebounding upwards for 100 pips.

All indicators now agree that price is in a perfect position to complete the upwards pattern and begin a downtrend reversal. But we’re also including an alternate count that allows for one more rally, although it’s not as ideal as the main count.

Elliott Wave chart analysis for the EURUSD for 31st March, 2016. Please click on the charts below to enlarge.

The bigger picture sees that the euro has been moving sideways in intermediate wave (B), which is forming a contracting triangle labeled minor waves A through E.

Within it, minute wave y formed a zigzag labeled minuette waves (a), (b) and (c).

The MACD indicator supports this count by showing a bearish divergence between the ends of minute waves w and y. 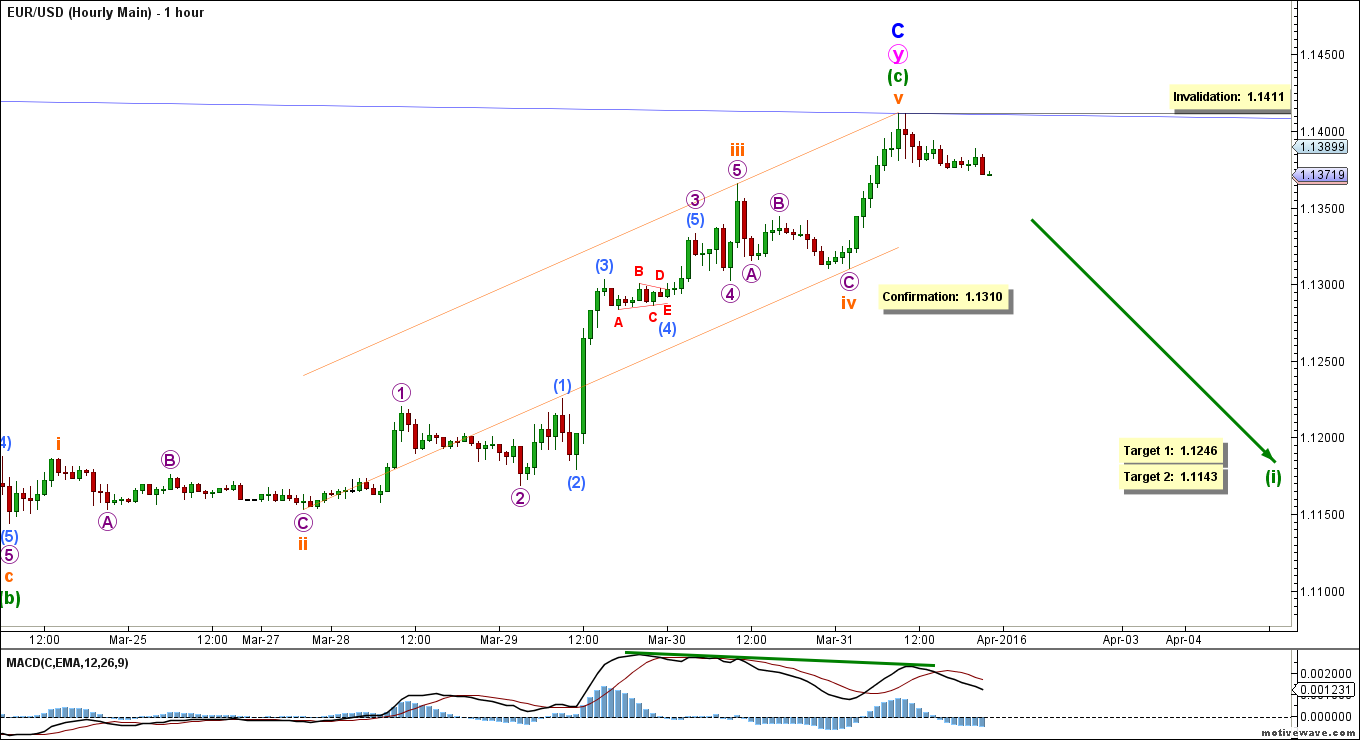 Subminuette wave iv formed a zigzag labeled micro waves A, B and C.

Minor wave D is likely forming a zigzag labeled minute waves a, b and c.

Within it, minute wave a is likely forming an impulse labeled minuette waves (i) through (v).

This count expects the euro to move towards the downside in minuette wave (i). This will be initially confirmed by movement below 1.1310.

It’s too early in the pattern to have enough subdivisions to calculate accurate targets, so we’ll use Fibonacci retracement levels of the previous minuette wave (c) as initial targets.

This wave count is invalidated by movement above 1.1411 as no wave within minuette wave (i) may move beyond the start of the first wave.