The euro invalidated the main count and initially confirmed the alternate count by moving below 1.1242.

So far the movement has been very slow and overlapping, unlike what we would normally expect after the end of a triangle, but this could reasonably be just a warm-up, so let’s stay sharp.

Elliott Wave chart analysis for the EURUSD for 21st March, 2016. Please click on the charts below to enlarge.

The bigger picture sees that the euro had been moving sideways in intermediate wave (B), which formed a contracting triangle labeled minor waves A through E.

Minor waves B, C, D and E each formed a zigzag labeled minute waves a, b and c.

Minor wave E reached exactly 61.8% the length of minor wave C, and it made a slight overshoot above the upper trend line of the triangle, which is typical.

This count expects the euro to start moving towards the downside in intermediate wave (C), which will most likely form an impulse labeled minor waves 1 through 5. This will be initially confirmed by movement below 1.0812, with final confirmation below 1.0516.

This wave count is invalidated by movement above 1.1376 as minor wave E may not move beyond the start of minor wave D.

This main count sees that minor wave 1 (of intermediate wave (C)) is most likely forming an impulse labeled minute waves i through v.

Within it, minute wave i is most likely forming an impulse labeled minuette waves (i) through (v).

Within it, minuette wave (i) formed a leading diagonal labeled subminuette waves i through v, and it’s most likely complete.

This count expects the euro to start moving sideways to upwards in minuette wave (ii). This will be somewhat confirmed by movement above 1.1259. 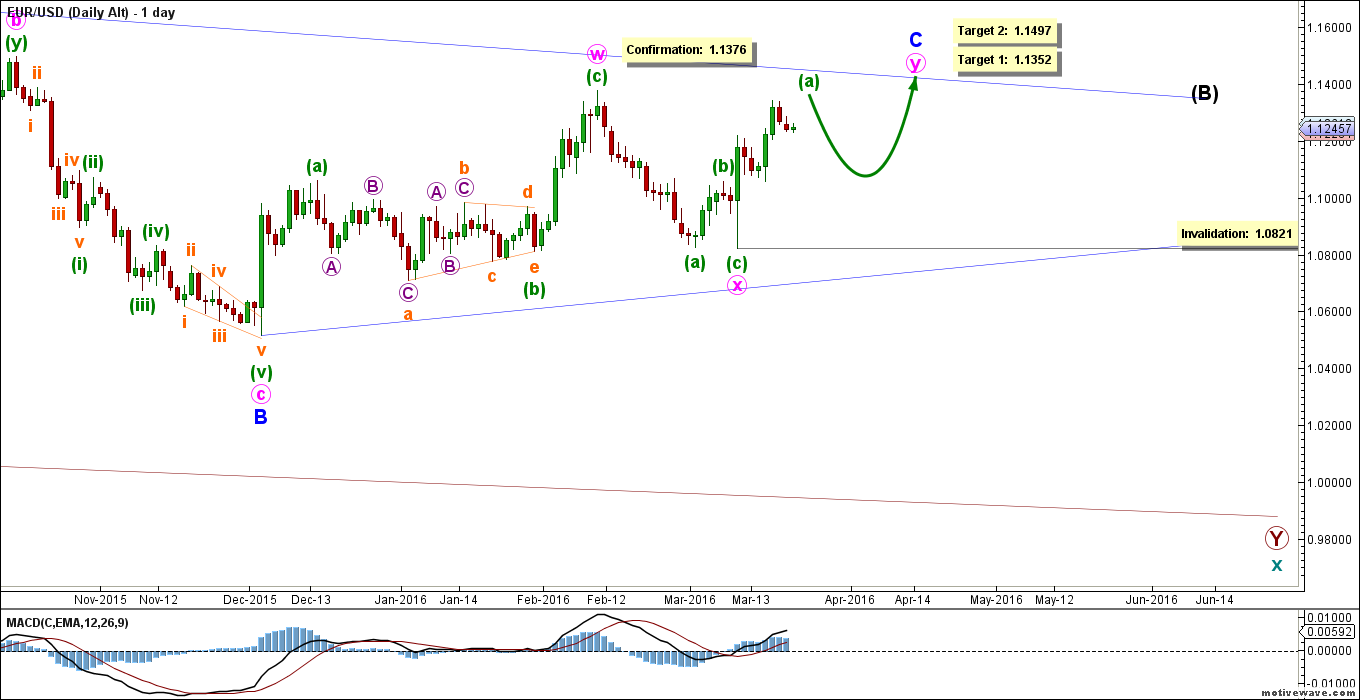 Within it, minute waves w and x and are complete.

This count expects the euro to be moving towards the upside in minute wave y to complete minor wave C. This will be fully confirmed by movement above 1.1376.