Once again the market favored our alternate count and adhered to it very nicely, as price moved strongly towards the downside, reached our first target, and came within 6 pips of reaching our second target.

Judging by all the available clues and indications, the euro ideally still has one more leg to go down, before the market enters a temporary period of sideways-to-upwards correction.

Elliott Wave chart analysis for the EURUSD for 26th February, 2016. Please click on the charts below to enlarge. 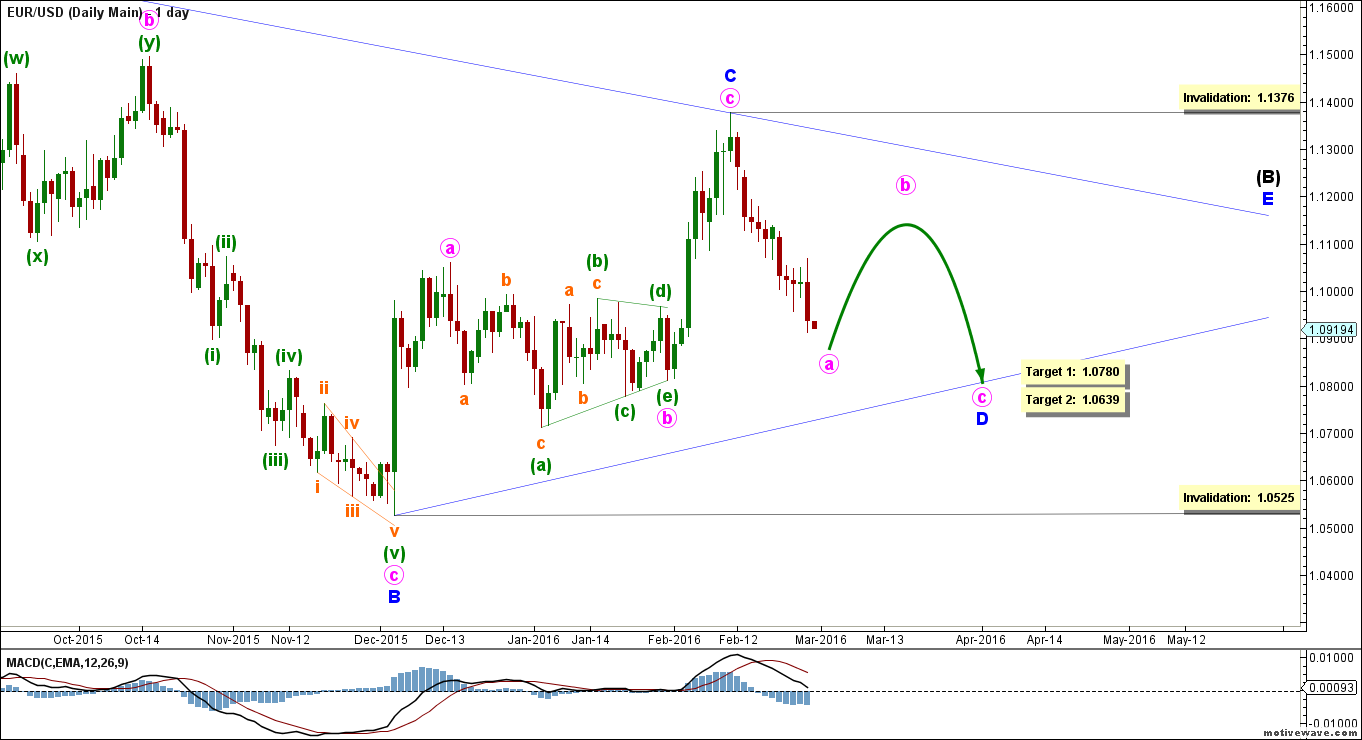 The bigger picture sees that the euro is still moving sideways in intermediate wave (B), which is likely forming a contracting triangle labeled minor waves A through E.

Minor wave B formed a zigzag labeled minute waves a, b and c, retracing 95% of minor wave A.

Minor wave C formed a zigzag labeled minute waves a, b and c, retracing close to 78.6% of minor wave B. It’s either complete or near completion.

This count expects the euro to be moving towards the downside in minute waves a, b and c to complete minor wave D. 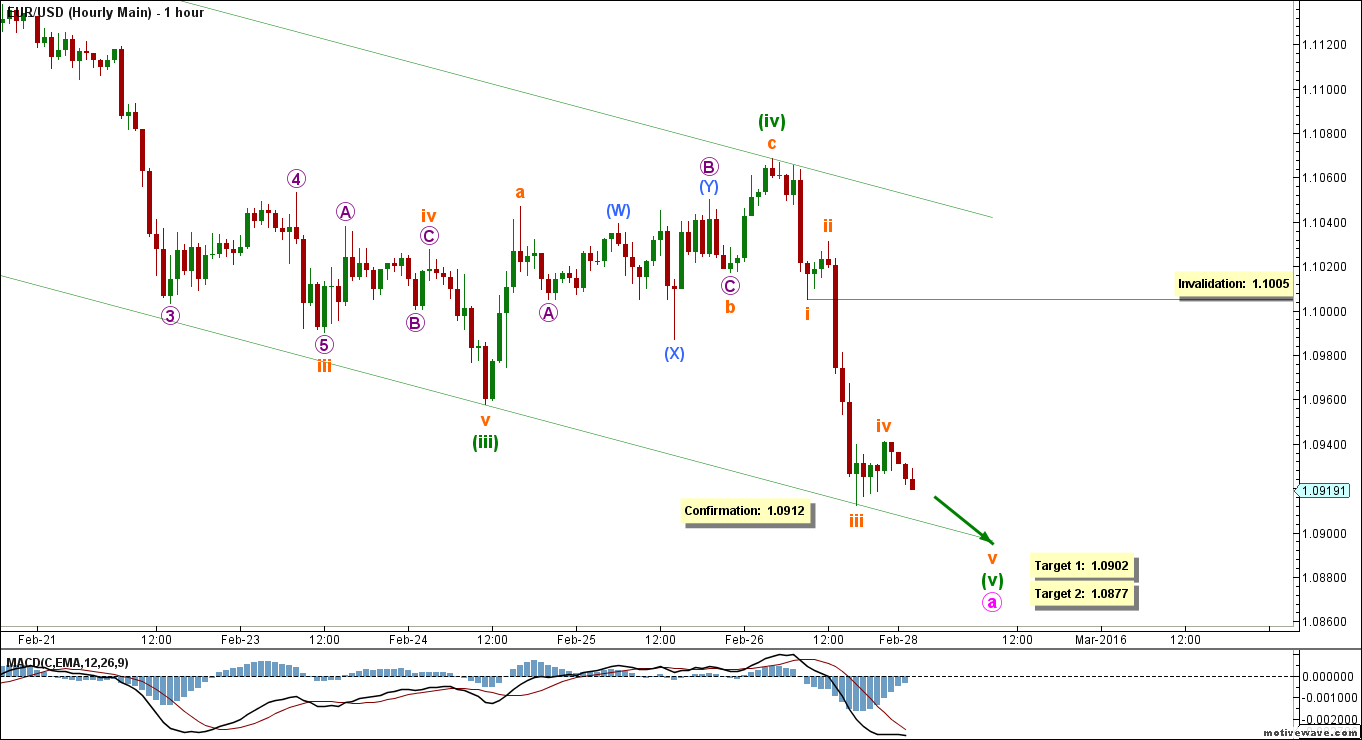 This main count sees that minor wave D is forming a zigzag labeled minute waves a, b and c.

Within it, minute wave a is forming an impulse labeled minuette waves (i) through (v).

Minuette wave (v) is forming an impulse labeled subminuette waves i through v.

This count expects the euro to continue moving towards the downside in subminuette wave v to complete minuette wave (v). This will be confirmed by movement below 1.0912.