The euro continued moving, even more strongly, towards the downside. It has already broke through the 10-month low it had established in November 2013, and is quickly coming down to test the lower bottom of September 2013.

Our previous assumption was that the euro was moving in the first wave within a third-wave extension. But given the length, strength and consistency of its decline, it makes more sense to assume that this third wave is quite mature.

Elliott Wave monthly chart analysis for the EURUSD for 1st September 2014. Please click on the charts below to enlarge. 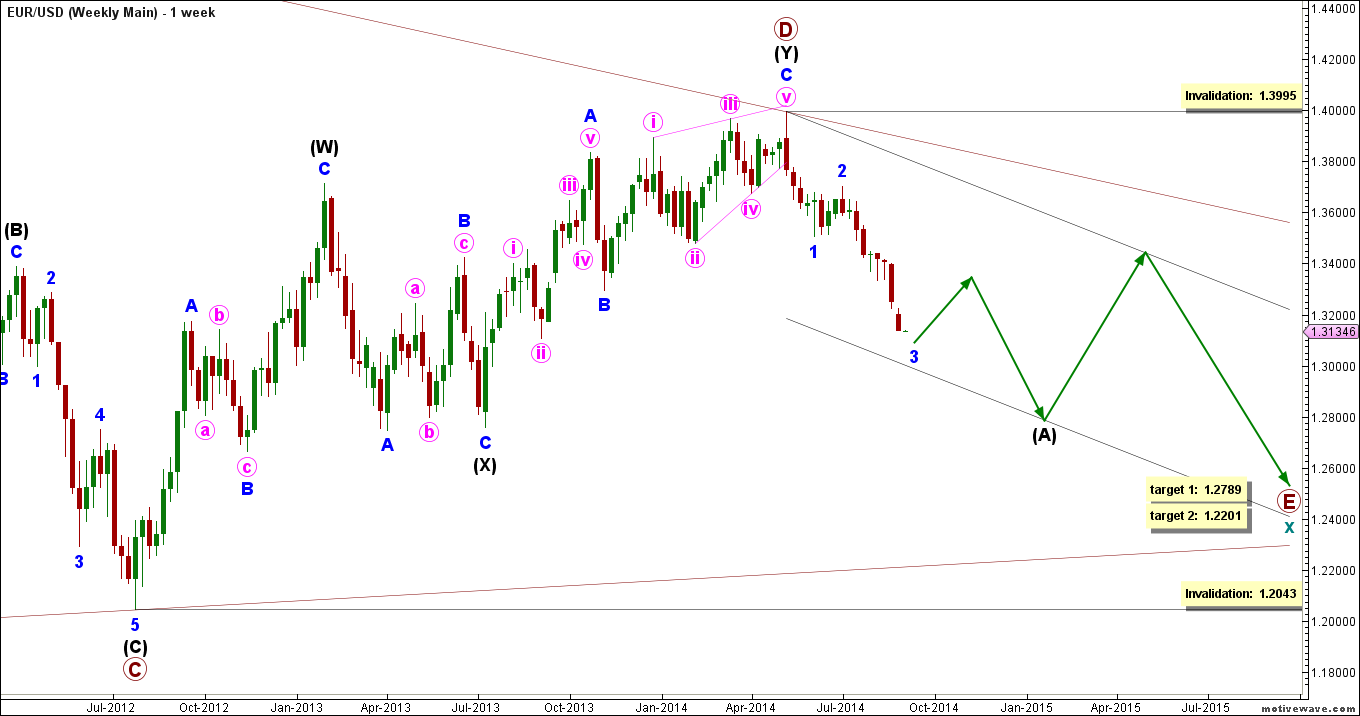 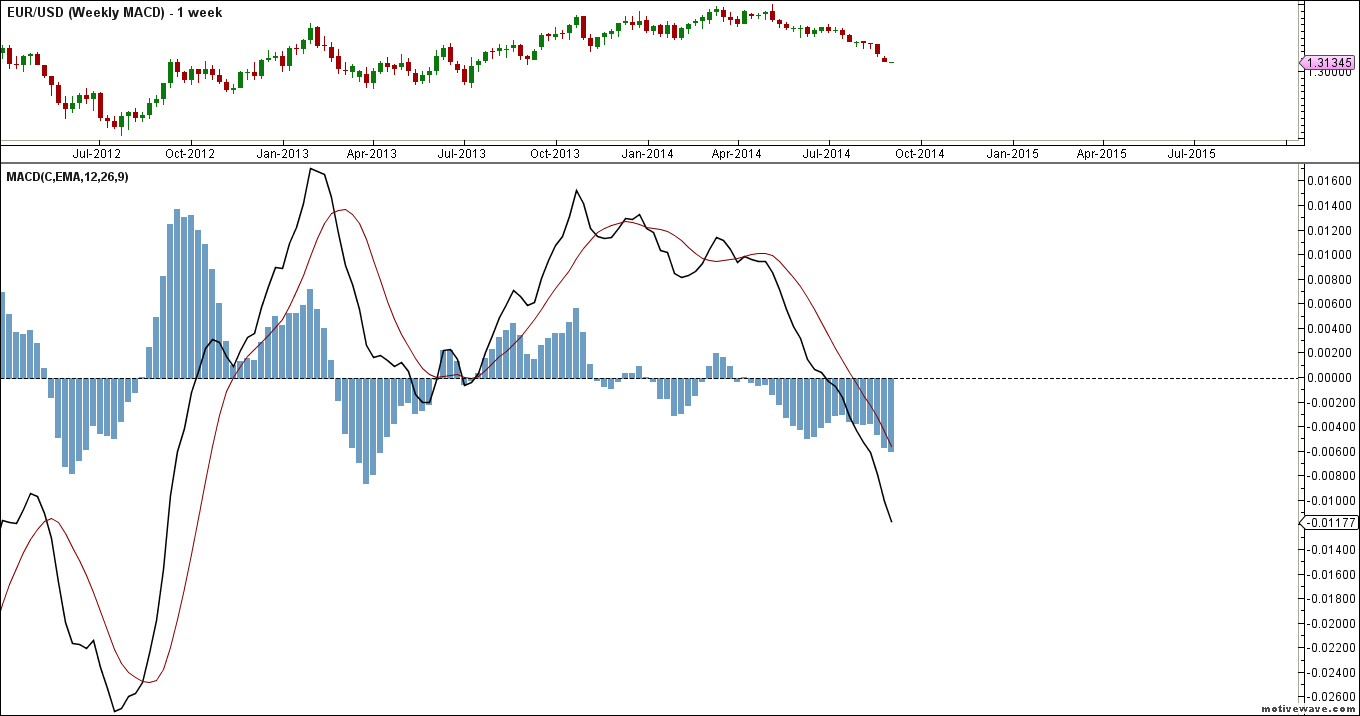 Within intermediate wave (Y), minor wave A formed an impulse labeled minute waves i through v.

Minor wave B retraced 50% of minor wave A.

Now, primary wave E is most likely unfolding as a zigzag labeled intermediate waves (A), (B) and (C).

Intermediate wave (A) is unfolding as an impulse labeled minor waves 1 through 5.

Within it, minor wave 1 formed an impulse.

Minor wave 3 is unfolding as an impulse, and has already exceeded 100% the length of minor wave 1.