As expected by our alternate count, the euro continued moving towards the downside, reached both of our targets, and exceeded them by 28 pips.

Elliott Wave chart analysis for the EURUSD for 25th July, 2014. Please click on the charts below to enlarge. 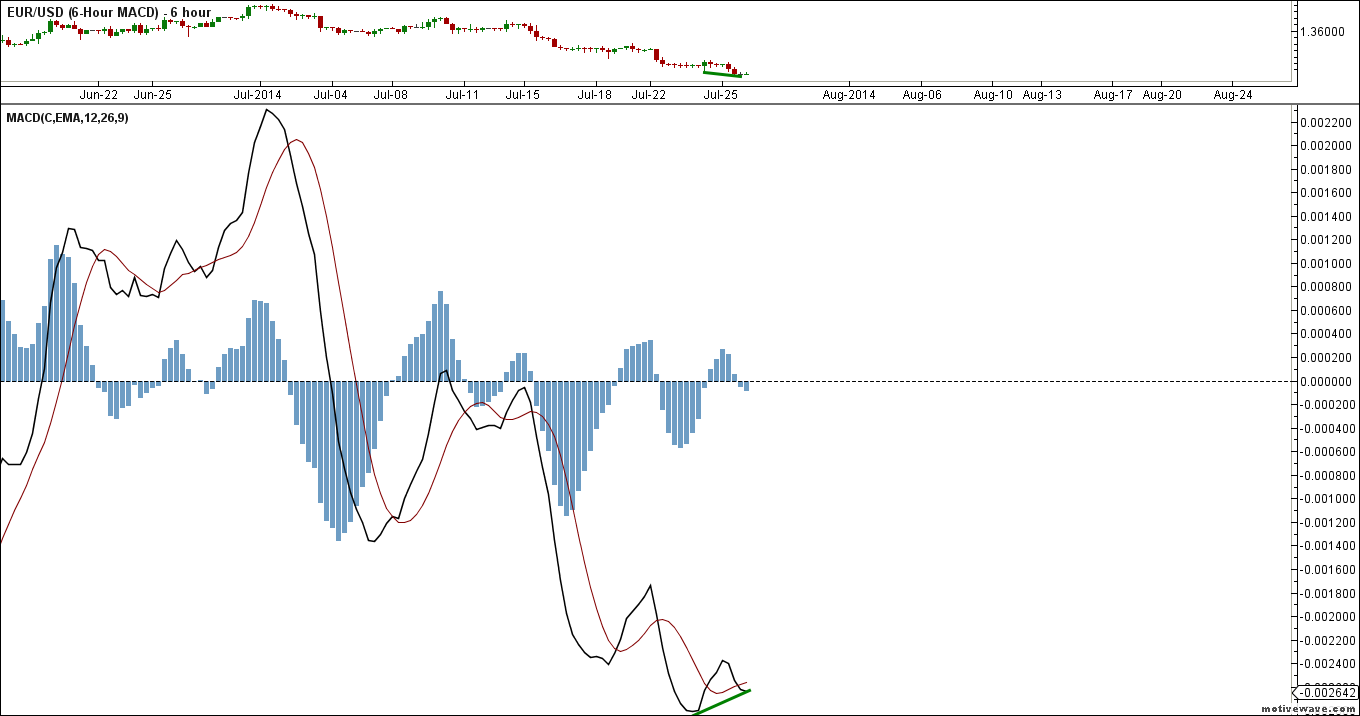 The bigger picture sees the euro moving downwards in intermediate wave (A), which is most likely forming an impulse labeled minor waves 1 through 5.

Minor wave 2 unfolded as a flat labeled minute waves a, b and c.

Within it, minute wave a formed a zigzag labeled minuette waves (a), (b) and (c).

Minor wave 3 must be unfolding as an impulse labeled minute wave i though v.

Within it, minute wave i is most likely unfolding as an impulse labeled minuette waves (i) through (v).

Minuette wave (i) unfolded as an impulse labeled subminuette waves i through v.

Within it, both subminuette waves iii and v formed impulses labeled micro waves 1 through 5.

The MACD indicator supports this count by showing a small bullish divergence.