As expected the euro moved towards the upside, but it’s still far-off from reaching our specified targets. The technical picture is still optimistic and it seems increasingly likely that the euro is indeed picking up.

Elliott Wave chart analysis for the EURUSD for 31st March 2014. Please click on the charts below to enlarge. 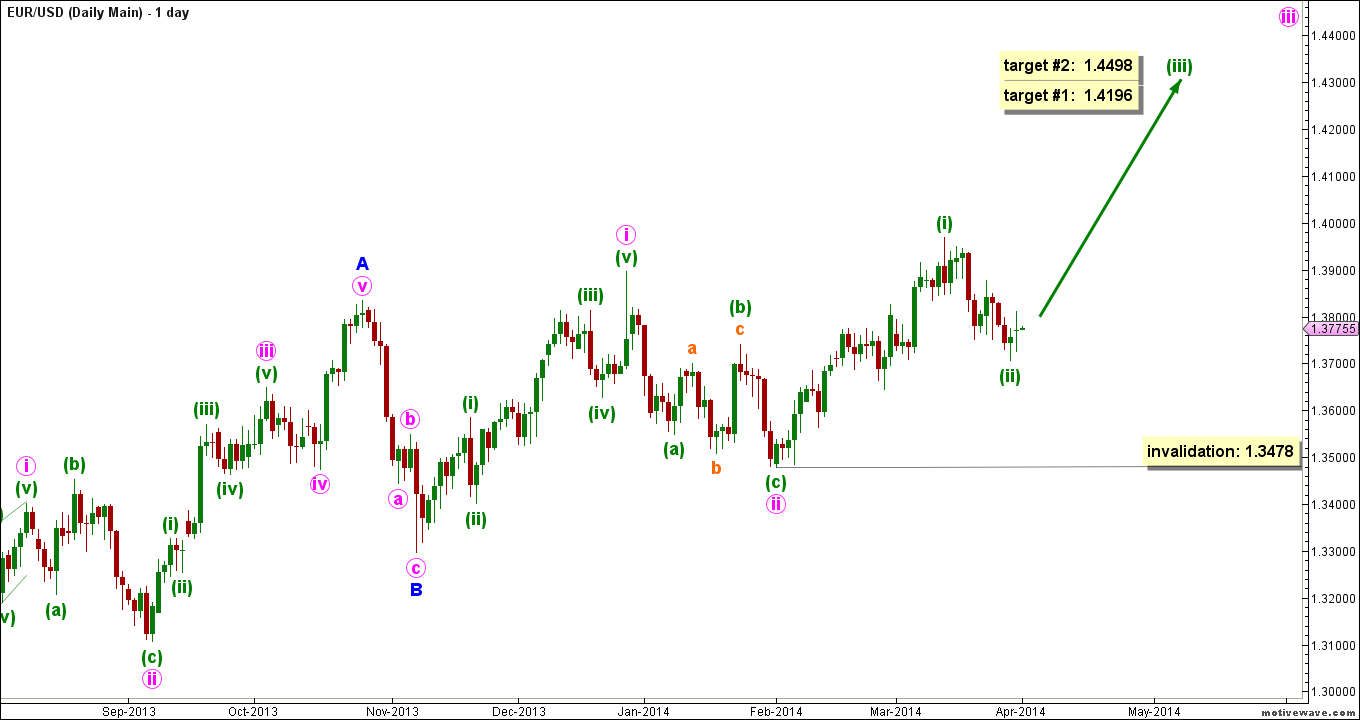 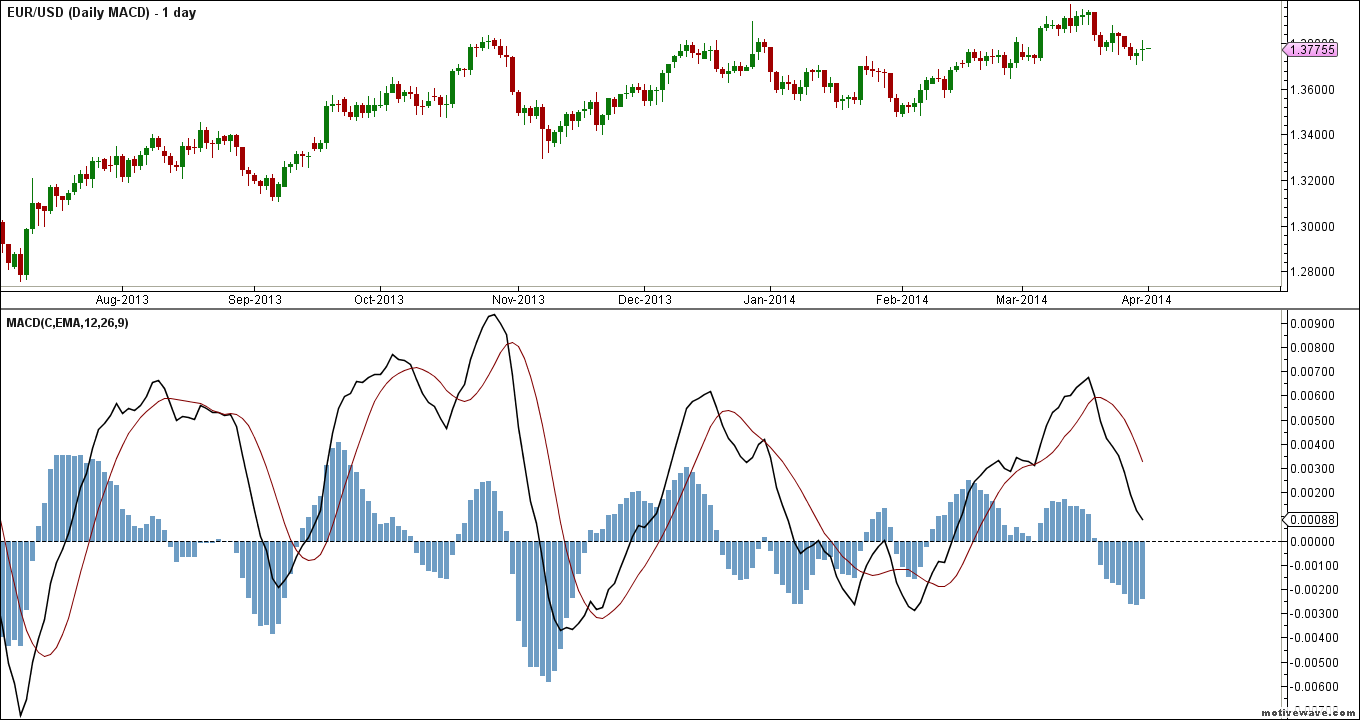 Intermediate wave (Y) is unfolding as a zigzag labeled minor waves A, B and C.

Minor wave B formed a zigzag labeled minute waves a, b and c — and it may also be forming an expanded flat, but we’ll reserve this possibility until price action provides a reason to bring it back.

This count expects the euro to continue moving towards the upside to complete the rest of the subdivisions within minute wave iii.

The MACD indicator neither supports nor contradicts this view at this point.

In terms of candlestick analysis, no clear pattern appears at this point, but the last few bars at the end of minuette wave (ii) suggest indecision by showing both a “spinning top” and a “doji”.

Within it, micro waves 1 and 2 are complete.

Micro wave 3 is forming an extension labeled submicro waves (1) through (5).

Submicro wave (1) is complete, and submicro wave (2) retraced over 50% so it’s either complete or near completion.

This count expects submicro wave (3) to start unfolding towards the upside.

The MACD indicator supports this count by showing clearly bullish momentum, with both the fast and slow lines moving above the zero-line.

In terms of candlestick analysis, no clear pattern appears at this point, but the recent movement looks fairly bullish.

This wave count is invalidated by movement below 1.3706 as within subminuette wave i no wave may move beyond the start of the first wave. Once we’ve confirmed the accuracy of our labeled subdivisions, we’ll raise the invalidation point to a more appropriate level.

This count sees that minuette wave (ii) is unfolding as a triple combination labeled subminuette waves w through z.

Within it, subminuette waves w, x and y are complete.

This count expects the euro to resume its downwards movement in the final subminuette wave z to complete minuette wave (ii). This will be initially confirmed by movement below 1.3706.