As the euro moved higher past the 1.3738 level, it has invalidated our previous main count and led us to entertain a much more bullish possibility, in addition to our previous bearish one which is still valid.

It’s probably wise in times like this to wait on the sidelines until the market sentiment is resolved and better indications are available.

Elliott Wave chart analysis for the EURUSD for 21st February, 2014. Please click on the charts below to enlarge. 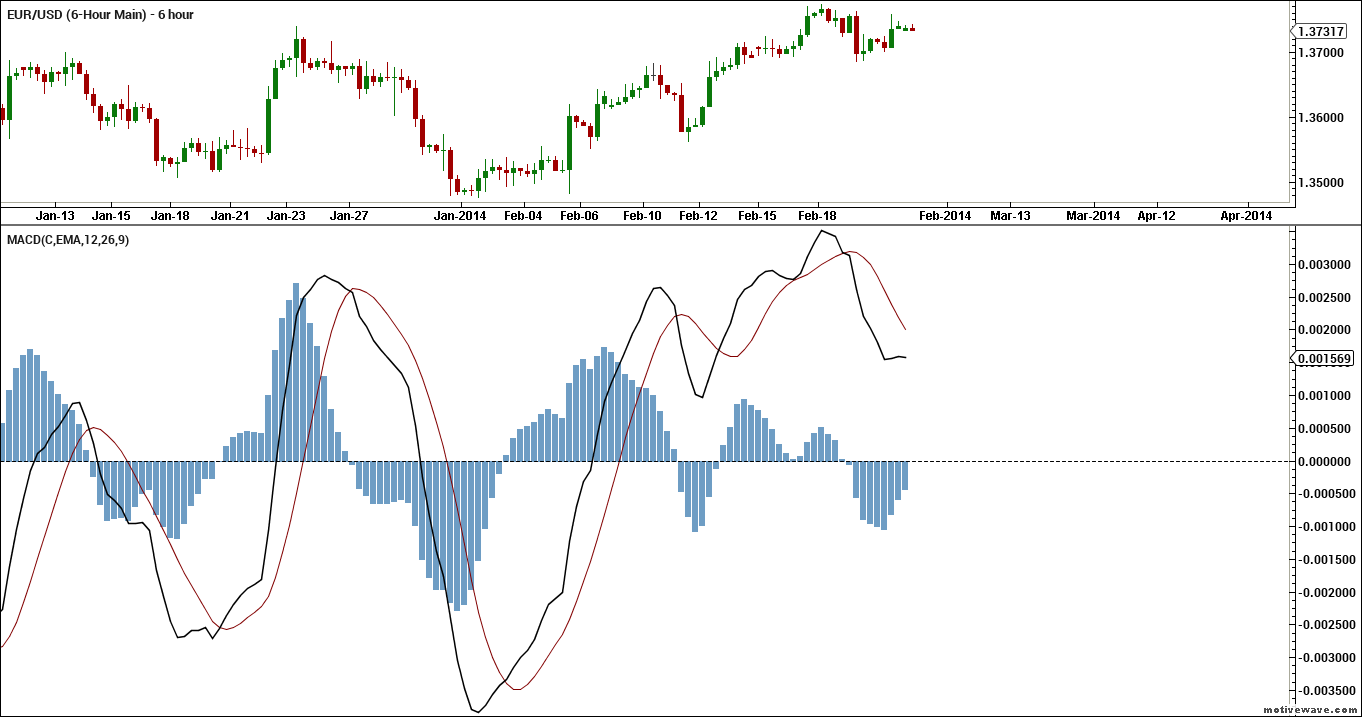 Within intermediate wave (Y), minor waves A and B are complete as well. Minor wave C is probably unfolding towards the upside as an impulse labeled minute waves i through v.

Minute waves i formed an impulse and minute wave ii formed a zigzag labeled minuette waves (a), (b) and (c).

Minute wave iii must be unfolding as an impulse, as all third waves do. Within it, minuette wave (i) is most likely forming a leading diagonal labeled subminuette waves i through v.

And finally subminuette waves i, ii and iii are probably complete.

The MACD indicator is currently showing bullish momentum, with both fast and slow lines being well above the zero line. They seem to be turning lower for the time being, which is consistent with our view that subminuette wave iv is unfolding downwards, so this bearish momentum should be temporary and it’s expected to turn higher again.

In terms of candlestick analysis, no definitive pattern appears at this point.

At 1.4073 minute wave iii would reach 100% the length of minute wave i. We’ll be able to calculate more precise short-term targets once minuette waves (i) and (ii) are complete.

This wave count is invalidated by movement below 1.3476 as within minute wave iii no wave may move beyond the start of the first wave. 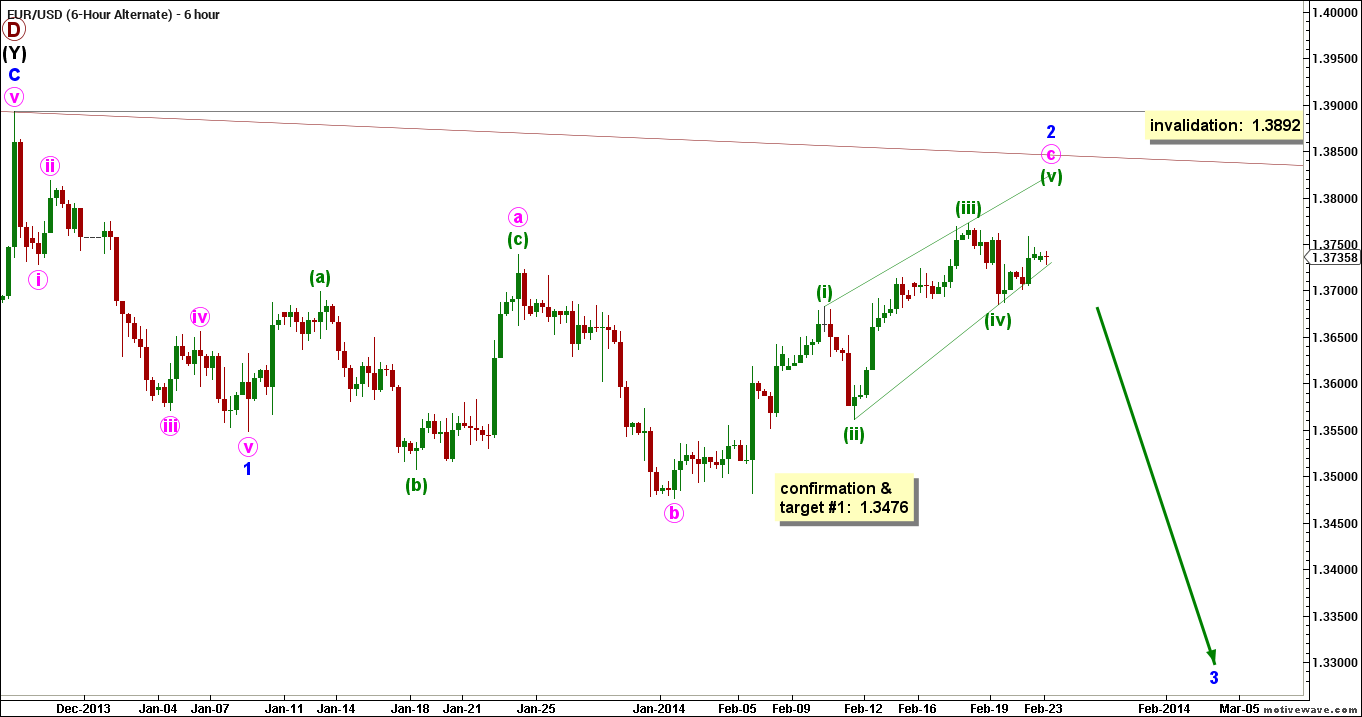 Intermediate wave (A) seems to be unfolding as an impulse labeled minor waves 1 through 5.

Minor wave 2 is forming a very complex expanded flat labeled minute waves a, b and c.

Minute wave a itself formed an expanded flat labeled minuette waves (a), (b) and (c).

Minute wave c is now unfolding as an ending diagonal labeled minuette waves (i) through (v).

This count expects the euro to first push higher to complete the ending diagonal in order to finish minor wave 2, before turning towards the downside for a very strong fall in minor wave 3. This will be confirmed by movement below 1.3476.

We can’t calculate targets for the downwards movement until we’ve confirmed that minor wave 2 is indeed complete, so our preliminary target will be at our confirmation point at 1.3476.

This wave count is invalidated by movement above 1.3892 as minor wave 2 may not move beyond the start of minor wave 1.