As expected under the main count, the euro moved towards the downside to reach our first target and exceed it by 8 pips. And as the holidays grow nearer, we should expect slow price movements with only a few volatility spikes over the coming week.

Elliott Wave chart analysis for the EURUSD for 24th December, 2013. Please click on the charts below to enlarge. 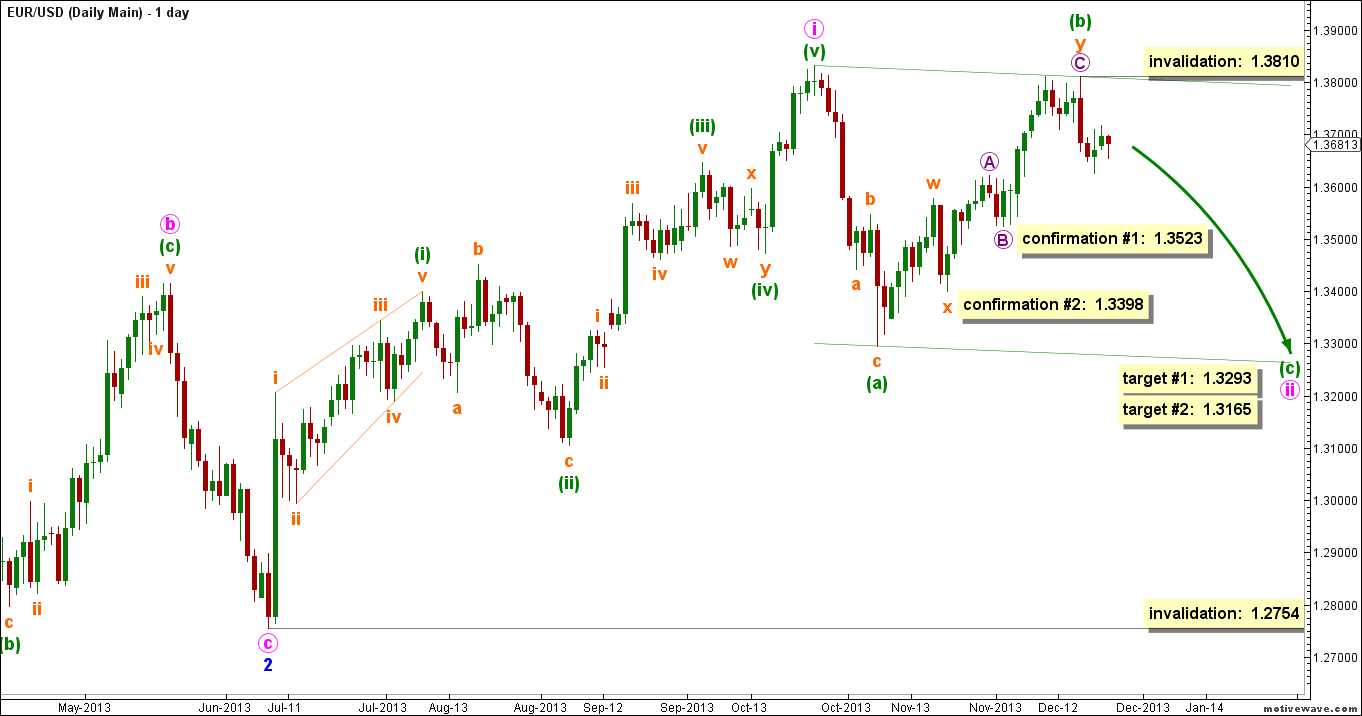 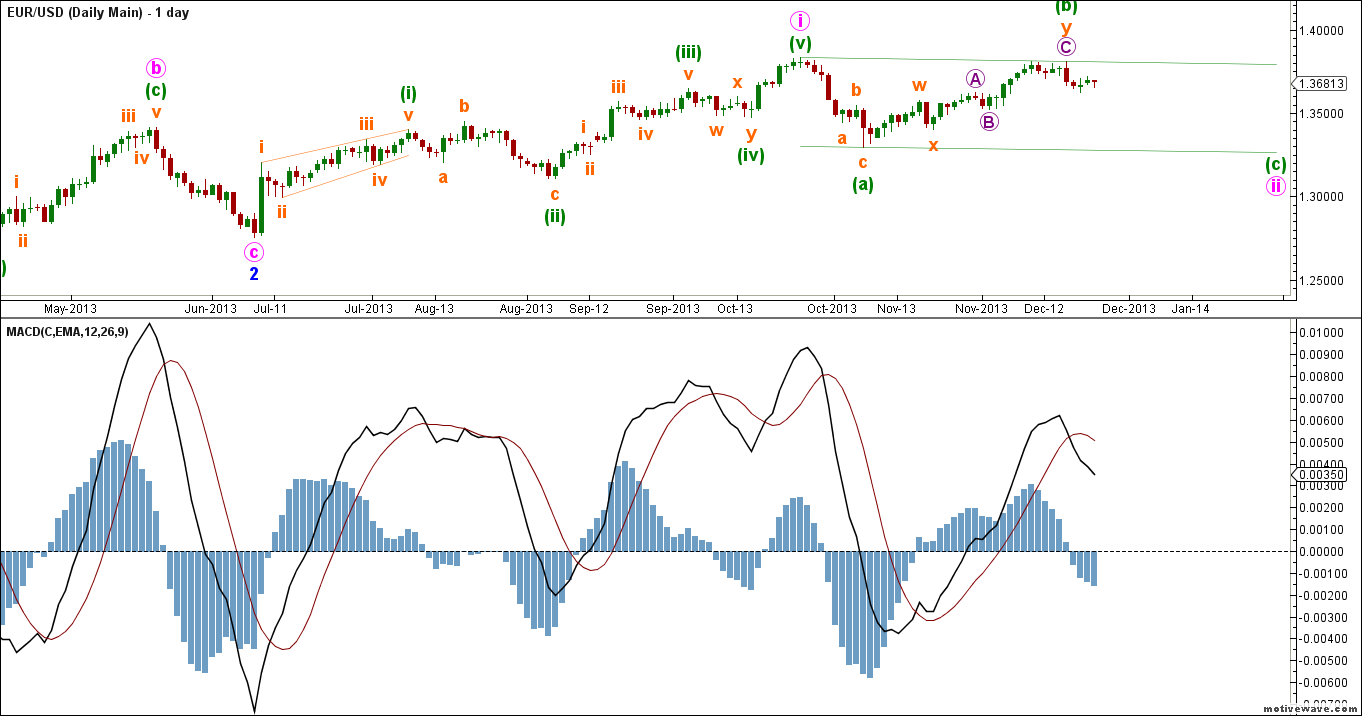 Minuette wave (b) unfolded as a double zigzag labeled subminuette waves w, x and y, which retraced 96% of minuette wave (a), fulfilling the requirement of a flat correction.

In terms of candlestick patterns, the most recent bar shows a “hanging man” pattern. But due to its irrelevant location, it neither confirms nor contradicts our count. 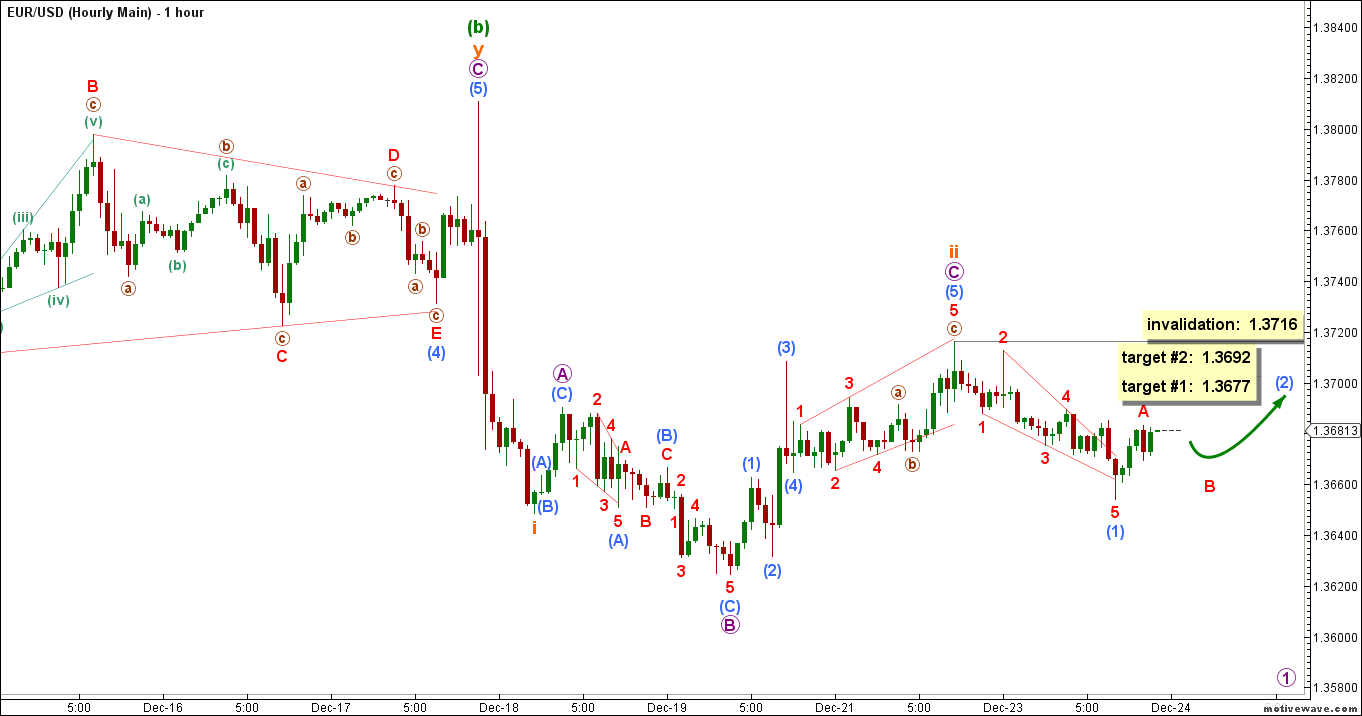 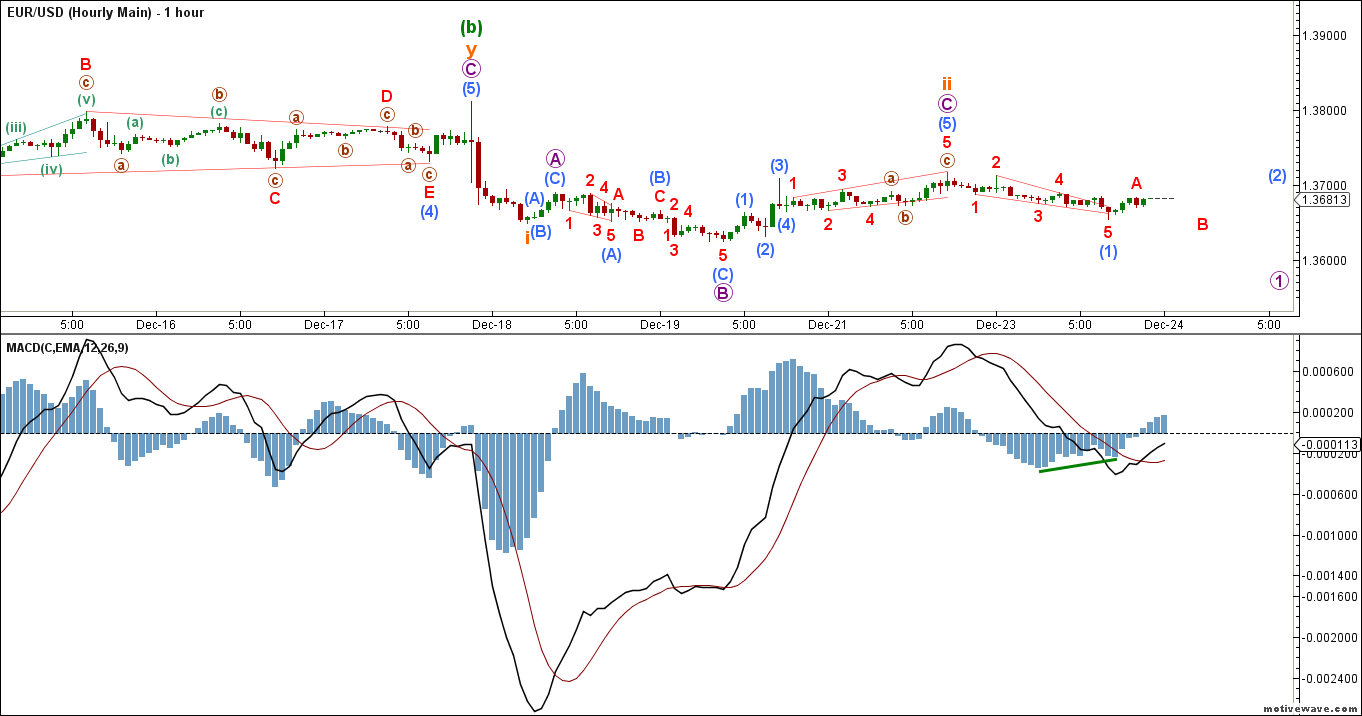 This count sees that minuette wave (c) is most likely unfolding as an impulse towards the downside.

Within it, subminuette wave i seems to have unfolded as an impulse.

Subminuette wave ii unfolded as an expanded flat correction labeled micro waves A, B and C.

After that subminuette wave iii has begun unfolding towards the downside, and within it micro wave 1 seems to be unfolding as an impulse.

The MACD histogram shows a clear divergence, where price at the end of miniscule wave 5 made a new low below miniscule wave 3, while momentum has actually made a higher low and is moving higher. This is the typical momentum picture for this pattern and it strongly augments this count. 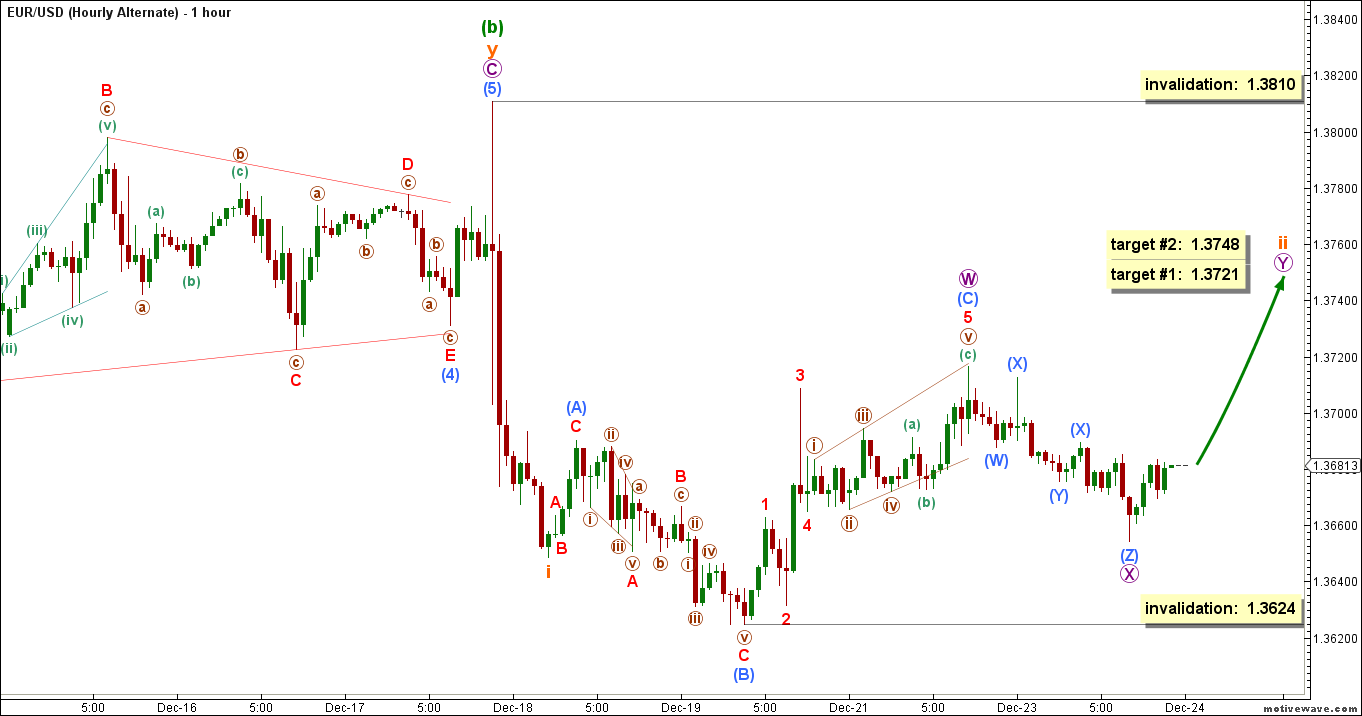 Given that the second wave of this correction retraced over 90% of the first wave, the correction may actually be a regular flat instead of a combination. In this case, the final leg upwards should subdivide into 5 waves. However, given the expected choppiness which usually accompanies the holidays, we’ll assume this to be a combination until price proves otherwise.

This count expects micro wave Y to continue unfolding towards the upside to complete subminuette wave ii. This would be confirmed by movement above 1.3716.

This wave count is invalidated by movement below 1.3624 as it’s extremely unlikely for a correction (other than an expanding triangle) to make two new lows below that of the preceding impulse, and it’s even less likely for that to happen in the second wave position. It’s also invalidated by movement above 1.3810 as subminuette wave ii may not move beyond the start of subminuette wave i.