Today was quite uneventful for the euro, which was to be expected after such a strong movement, and which is also in agreement with our last analysis. Neither of our targets has been reached yet (although price came 20 pips short of the first target), so our expectations for the euro remain as they were yesterday.

Elliott Wave chart analysis for the EURUSD for 19th December, 2013. Please click on the charts below to enlarge. 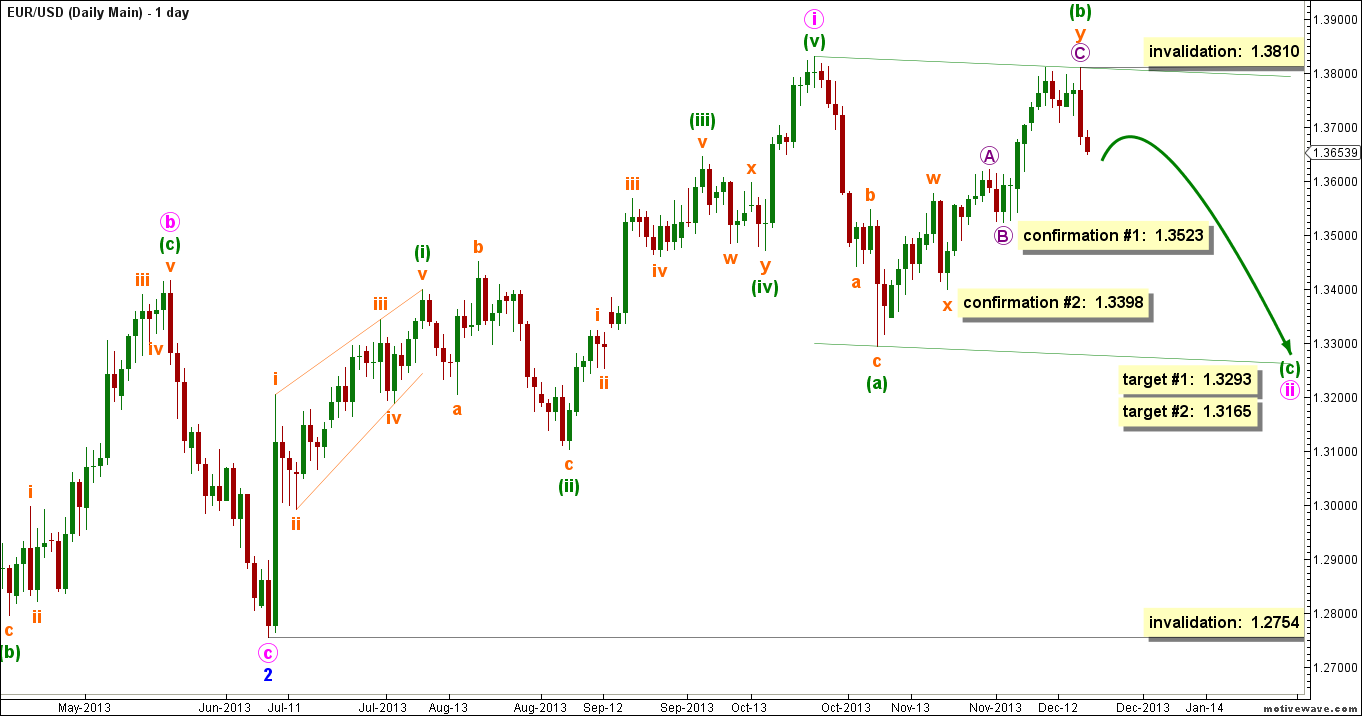 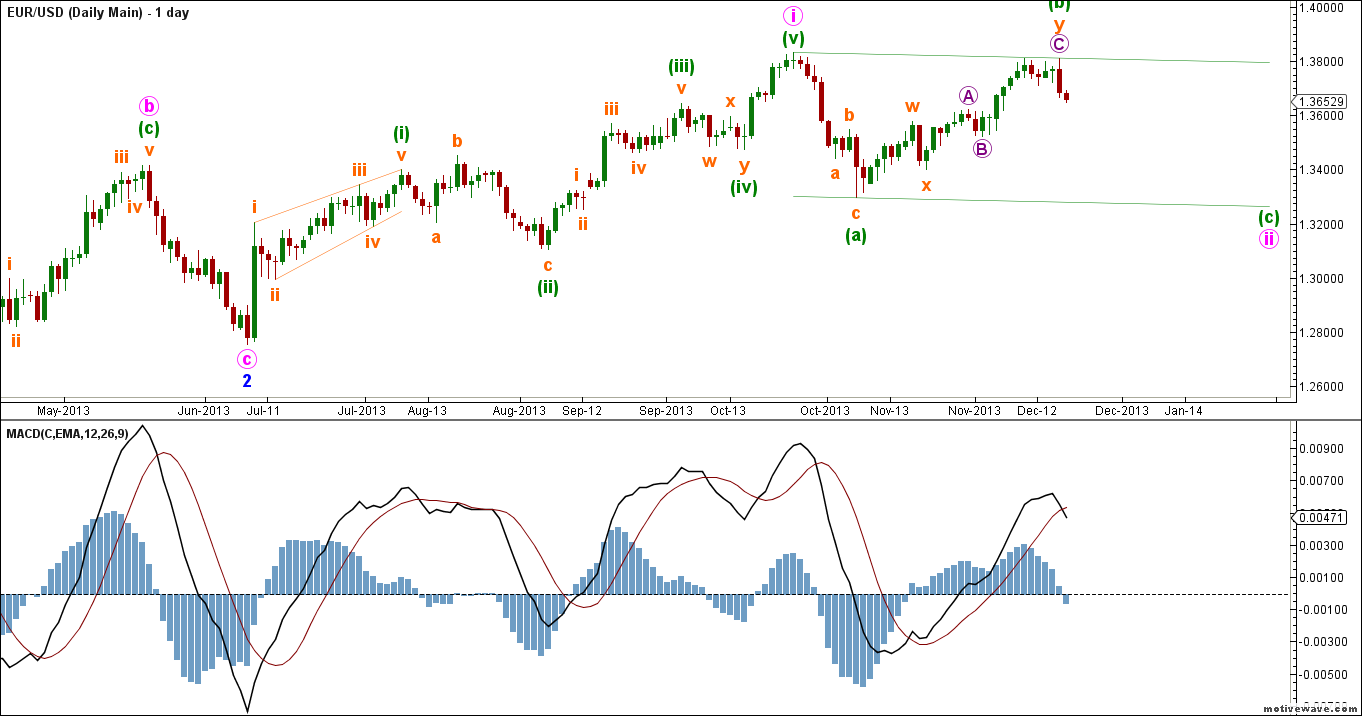 Minuette wave (b) unfolded as a double zigzag labeled subminuette waves w, x and y. It has retraced over 96% of minuette wave (a), fulfilling the requirement of a flat correction.

In terms of candlestick patterns, we had a very strong “bearish engulfing” pattern, which also supports this count. 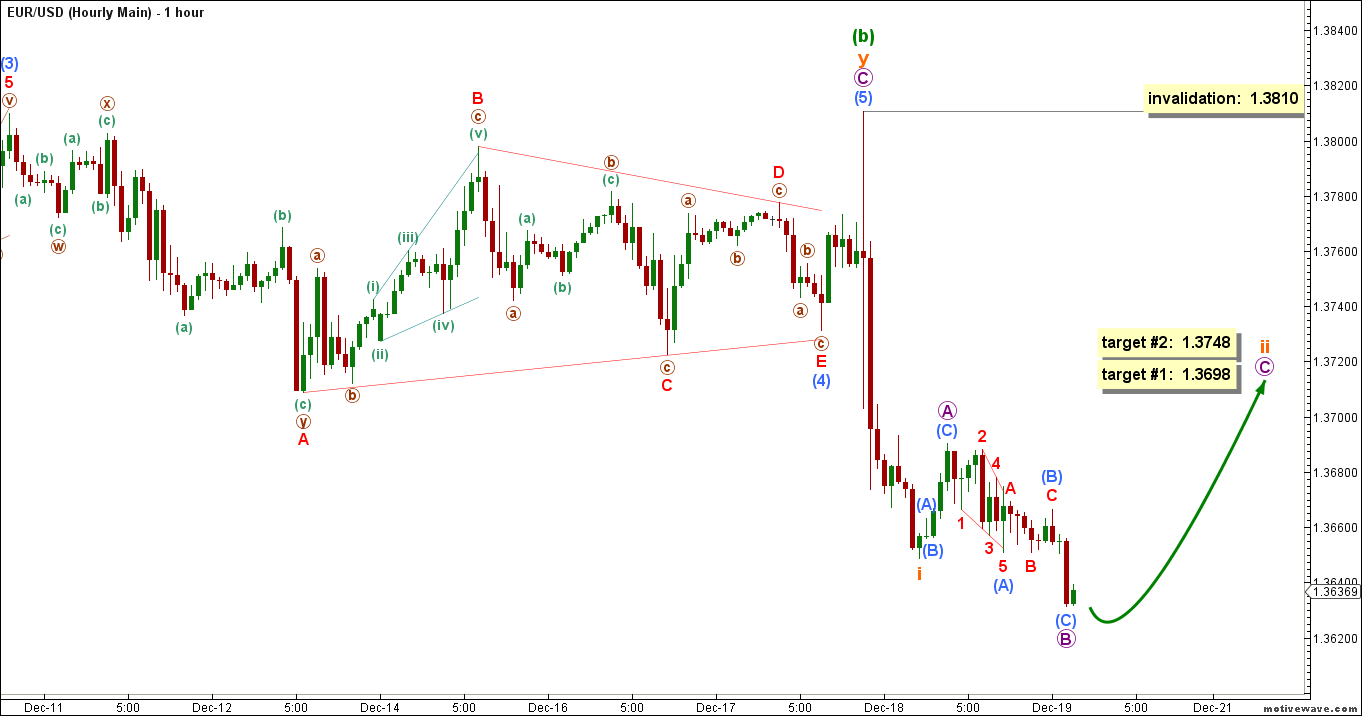 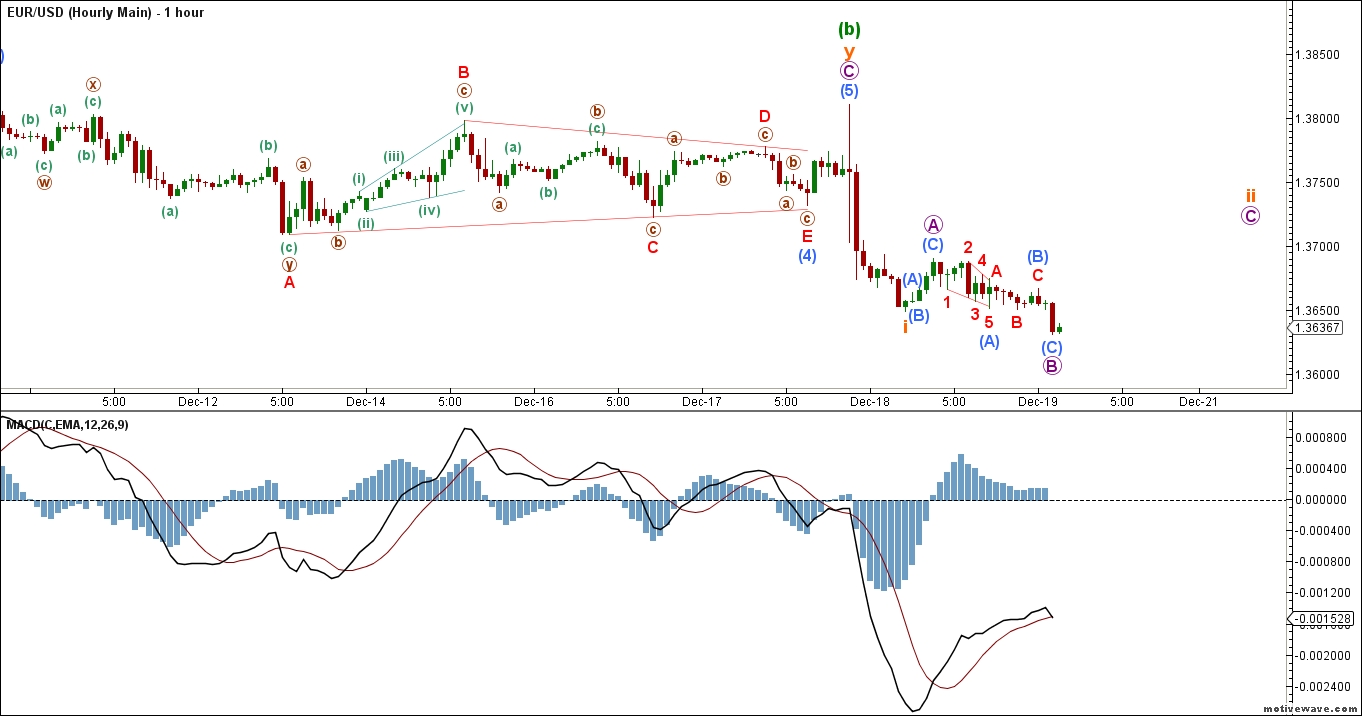 This count sees that minuette wave (b) is now complete, with its final micro wave C of subminuette wave y having subdivided into 5 complete waves labeled submicro waves (1) through (5).

Subminuette wave ii is unfolding as an expanded flat labeled micro waves A, B and C.

Micro wave A formed a zigzag labeled submicro waves (A), (B) and (C).

Submicro wave (A) unfolded as a leading diagonal labeled miniscule waves 1 through 5.

Submicro wave (B) formed a zigzag labeled miniscule waves A, B and C, which retraced 38.2% of submicro wave (A).

This count expects that micro wave B is complete and that the euro is about to resume moving upwards in micro wave C to complete subminuette wave ii.

It’s highly unlikely that subminuette wave ii is complete, since not only was the 3-wave upwards movement too short for a second wave correction, but it was even shorter in duration than the impulse that preceded it. Both points strongly suggest that there’s more to this correction.

The MACD indicator is showing conflicting signs. On one hand, there’s a clear divergence between price and momentum, where price has made a lower low whereas momentum is clearly rising, which supports our count. On the other hand, it looks like a bearish momentum crossover is about to take place. However, if the signal line bounces off, this will strongly augment this count as well.

Candlestick analysis reveals no significant patterns at this point, so it neither supports nor contradicts this count.