The euro had quite a busy day. After spending most of it moving slowly and sideways within a 50-pip range, it suddenly pushed upwards, invalidating our alternate count by less than 1 pip, before immediately reversing downwards to invalidate the main count as well, and to move consistently for about 160 pips.

While this movement may seem chaotic, it actually revealed a clear pattern, which will be the focus of our analysis today.

We’re updating our counts to reflect the most recent price action and to present tighter targets and invalidation points. And as usual we’ll use each count’s invalidation point as confirmation of the other count.

Elliott Wave chart analysis for the EURUSD for 18th December, 2013. Please click on the charts below to enlarge. 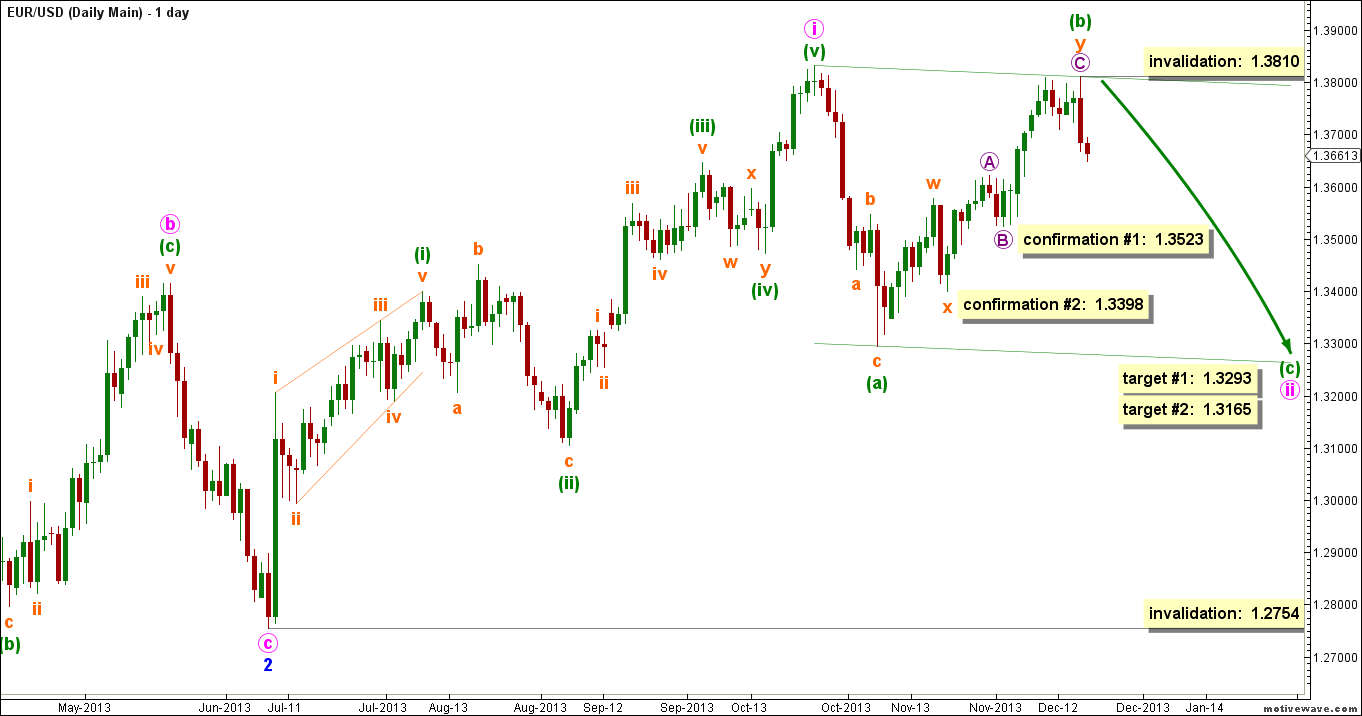 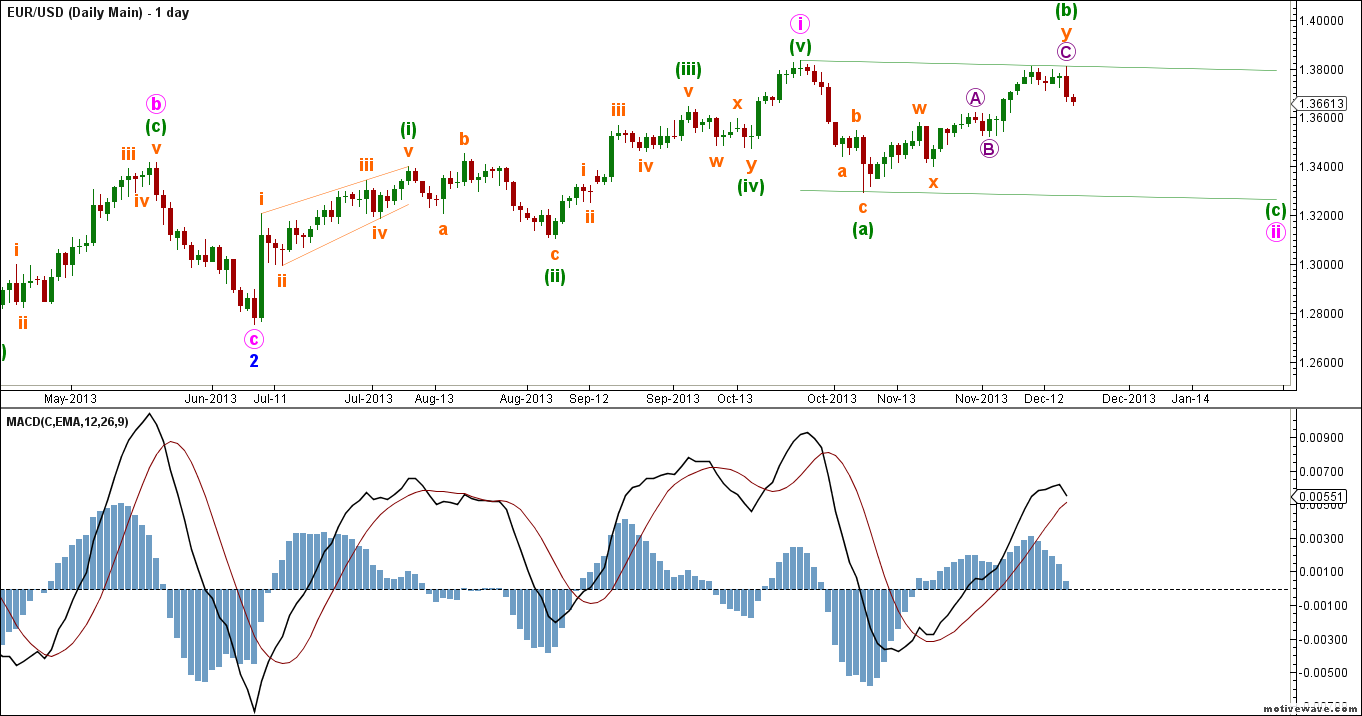 Minuette wave (b) has been unfolding as a double zigzag labeled subminuette waves w, x and y. It has retraced over 96% of minuette wave (a), fulfilling the requirement of a flat correction.

The MACD indicator is showing a difference between price and momentum, where price has made an nearly equal high whereas momentum failed to come close to its previous high. It also looks like we’re about to have a crossover on the MACD, which would strongly augment this count.

In terms of candlestick patterns, we have a very strong “bearish engulfing” pattern, which also supports this count. 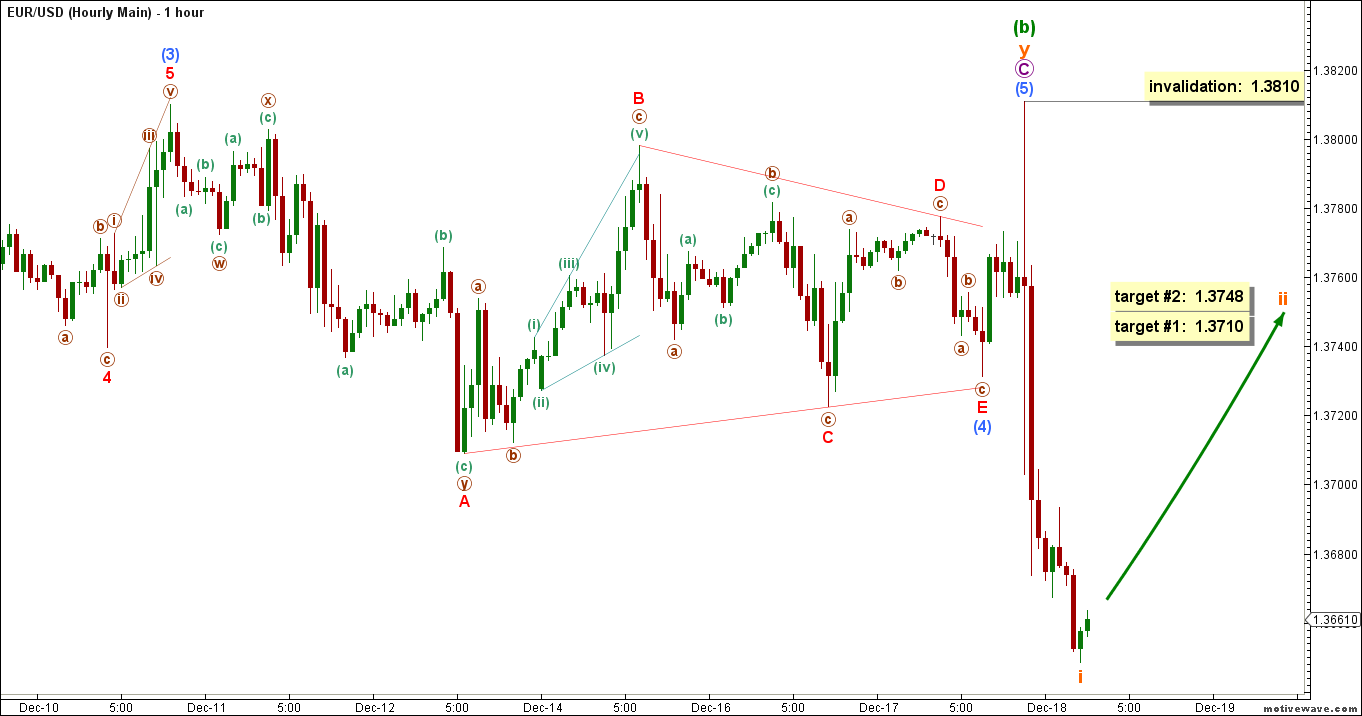 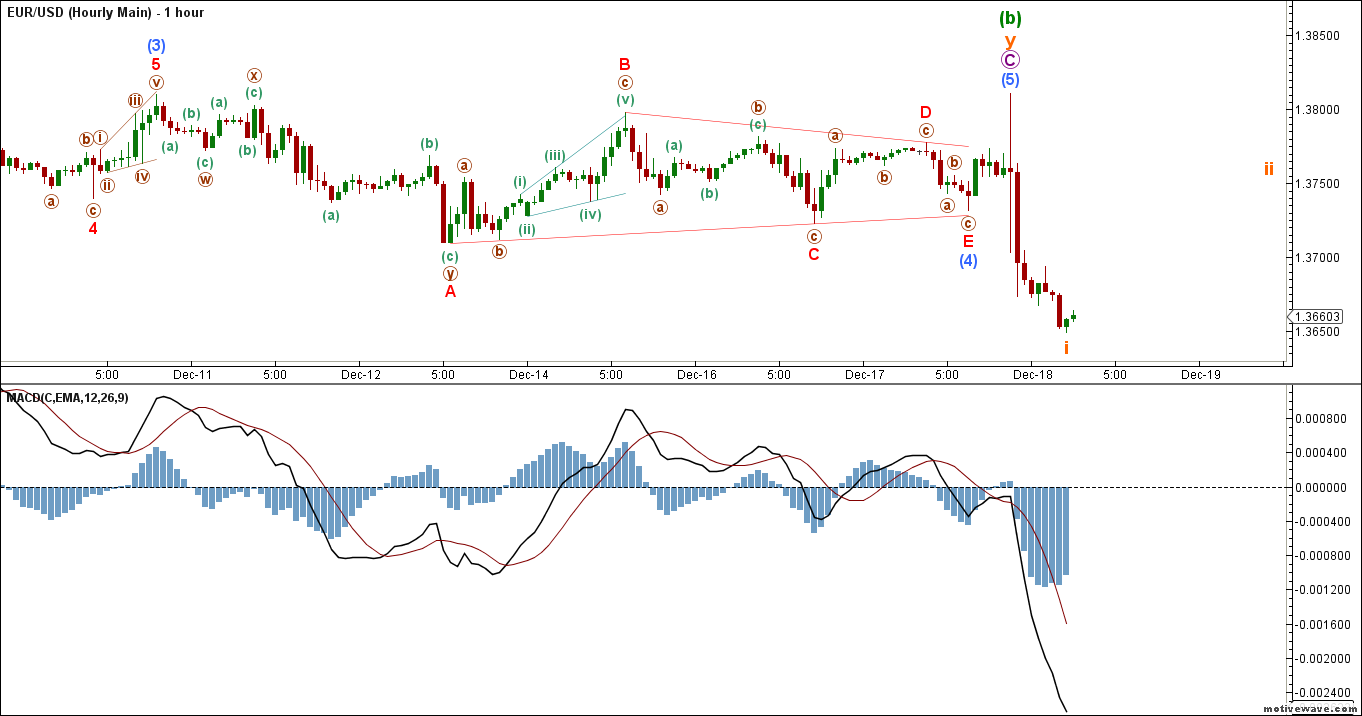 This count sees that minuette wave (b) is now complete, with its final micro wave C of subminuette wave y having subdivided into 5 complete waves labeled submicro waves (1) through (5).

Submicro wave (5) formed a contracting ending diagonal, whose subdivisions can be viewed on a 5-minute chart.

After that and within minuette wave (c), it’s difficult to label the subdivisions clearly at this very early stage. It’s possible that the strong downwards movement we saw today was subminuette wave i, however we have to wait for further price action to determine whether it’s complete or not.

The MACD indicator shows very strong bearish momentum. However, it should be noted that all momentum indicator are not very reliable at the very early stages of impulse formation, particularly after such a strong start.