As expected last week the euro moved towards the upside and has reached our first target and exceeded it by only 5 pips. And while this correction may still have further upwards momentum left, it’s likely nearing a point of exhaustion and we expect it to form a top in the near future.

Elliott Wave chart analysis for the EURUSD for 15th November, 2013. Please click on the charts below to enlarge. 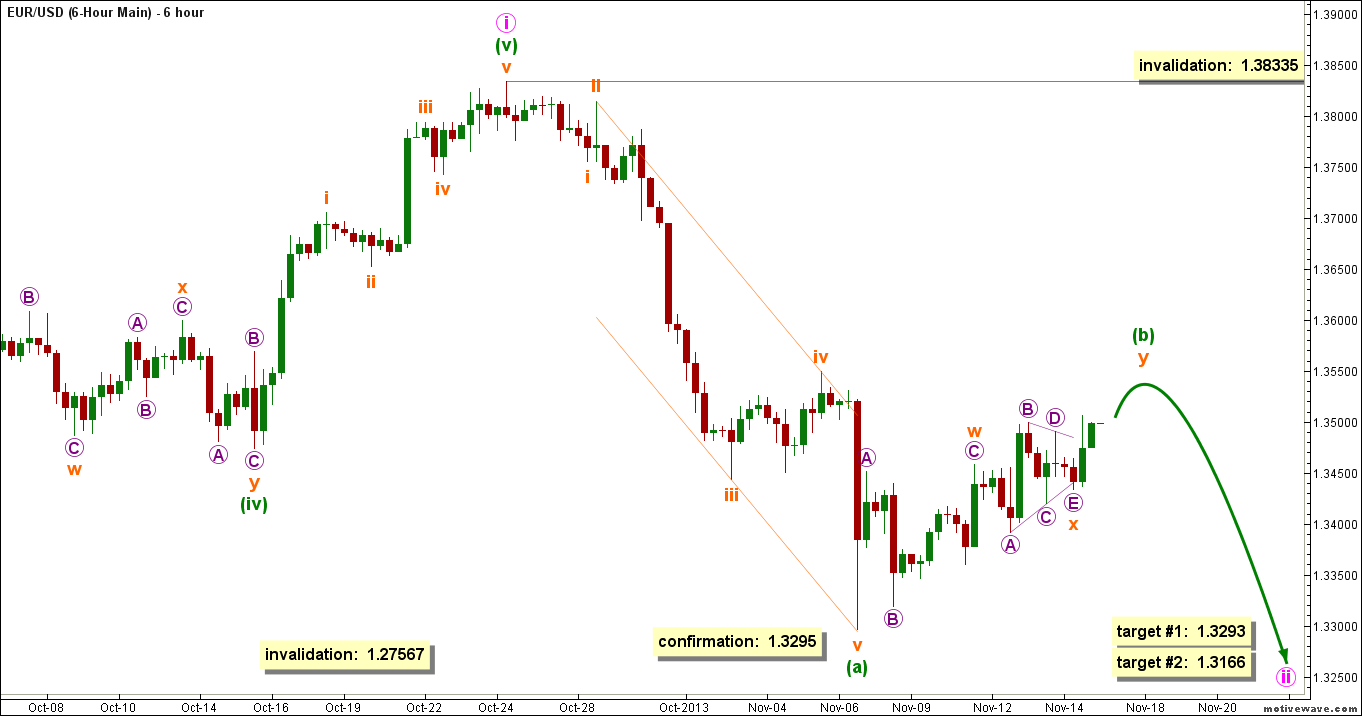 Within minor wave 3, minute waves i unfolded as an impulse labeled minuette waves (i) through (v).

Minute wave ii is most likely unfolding as a zigzag labeled minuette waves (a), (b) and (c).

Minuette wave (a) formed an impulse labeled subminuette waves i through v, which are well contained within their Elliott channel.

This count expects that subminuette wave y is near completion and that the euro is soon about to start moving towards the downside in minuette wave (c) to complete minute wave ii. This will be confirmed by movement below 1.3295.